D is for Delilah - A to Z Challenge 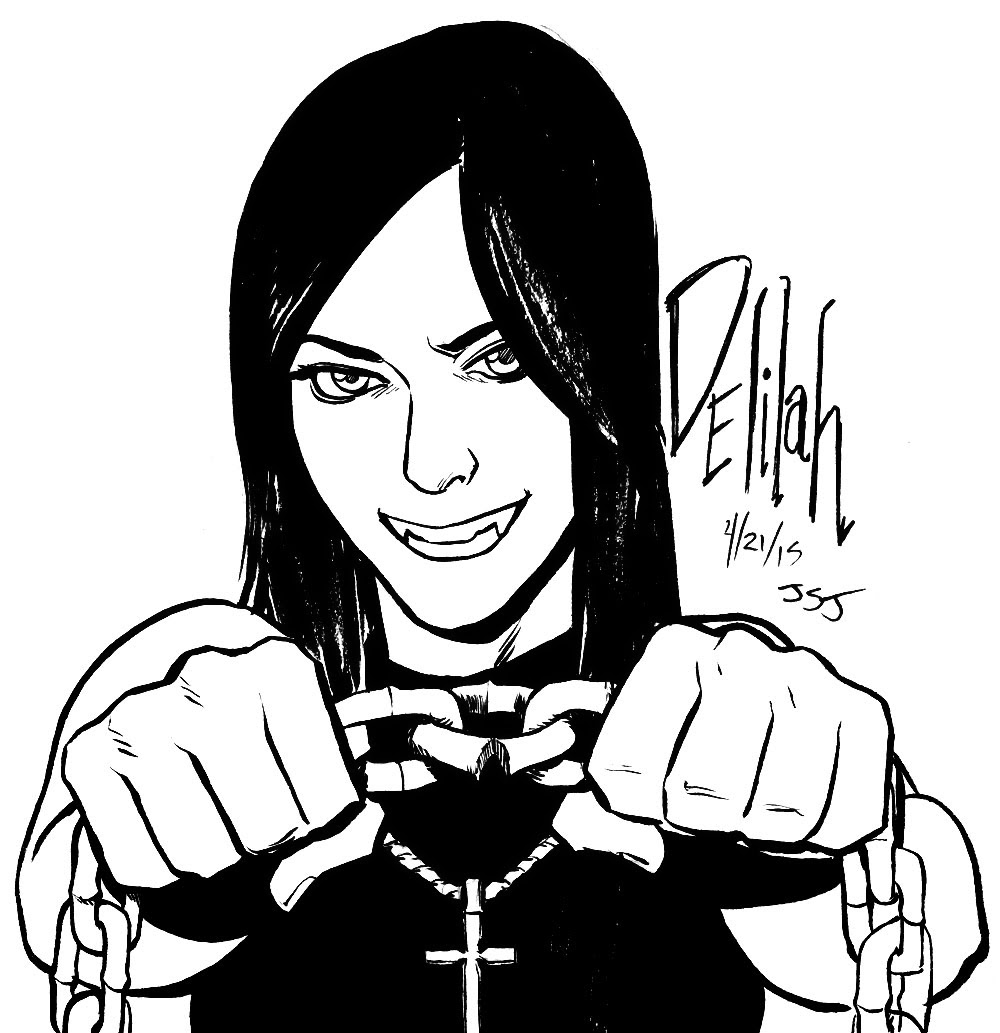 D is for Delilah! She is off the chain, mainly because she's strong enough to break it and beat people up.

She's an old character from my first series of graphic novels, the Wolves of Sariel. The Wolves were a sect of religious vampires who tried to only hunt people that were criminals or up to shenanigans. They saw themselves as the wolves who protect the sheep, rather than hunting them like others would. Delilah was a vampire who often clashed with her elders because she didn't believe in living a life where you monkishly give up everything for the sake of some religious clarity. Delilah was a child during the Japanese Internment in WW2, so she doesn't want to feel like a prisoner or a nun. She wants to live and eat and have fun and bring the pain to people who cross her. Unfortunately she was in a part of the book I didn't get to draw, but should I ever revamp Wolves, she would definitely be in it.