B is for Bellona - A to Z Challenge 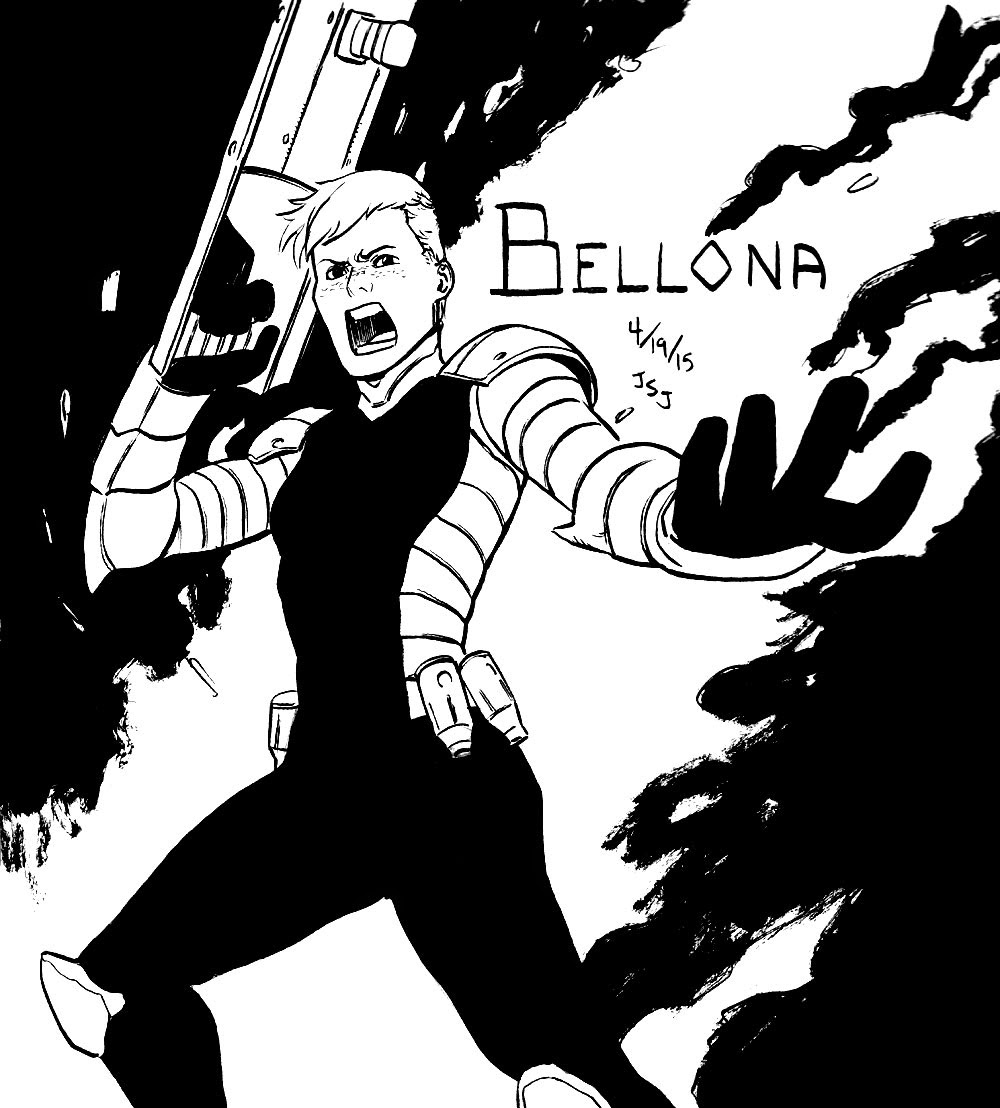 B is for Bellona! Continuing on the A to Z thingy I started yesterday, which I hope the people who read this are enjoying it as much as I am!

Bellona is a character from my story Hybrid Ghost, an update of the old "Hibrida Prima" comic that is lost in the dusty hallways of this blog. The updated story focuses on espionage and diplomacy. After decades of long brutal fighting, a tenuous peace has been established, but like any real conflict, not everyone is done hating and fighting. Bellona's father was a soldier for the humans and he was stolen away from her when she was very young. She holds a grudge against all aliens but especially the one who is responsible for ruining her family life. Bellona is half Irish half Hispanic and is a strong boorish woman with no empathy for anyone who doesn't have roots on Earth. She is a main figure and villain in the story by the halfway point and she is one of my favorite characters to write because villains are oh so INTERESTING! I'm not giving a ton of detail here but I hope that sounded at least somewhat interesting.