Here's another post for Curse of the Eel, this time for chapter 4's cover art. I'll go into a little detail about making this that I don't usually do on my other social media. Here we gooo! (I'll be at SPX on Sept. 19-20th at table J-13 so come by for books and laughs!) 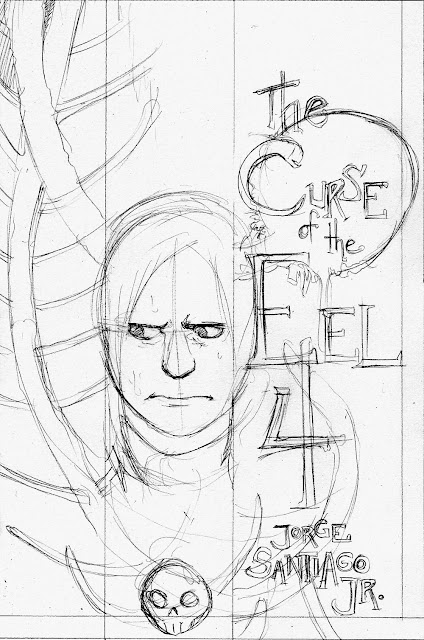 These covers have been really easy to do. Relying on a simple layout set up has been the best thing, the books all feel related but have enough differences that they stand apart. I did struggle with this one though as the creature on the cover here is a mystery. It hasn't properly revealed itself in the comic itself, so even this is a clue to what it's going to be. I also wondered which character to put here, since the chapter doesn't focus on a new character, I decided to go with Connie but to raise her higher in the frame than in chapter 1, to show that she's getting better, even though things are getting worse. The hand lettering has also been really fun, although I hope I can keep it from being less confusing. This time it kinda was. You'll see in the inks. 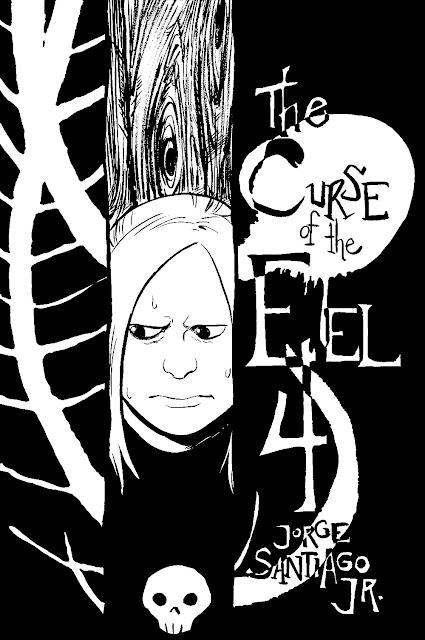 I LOVE improvising. The greatest tool I've used since graduation has been that, and I do it a lot on these covers. My pencils used to be a lot tighter, it was me trying to really show people I knew how to draw, but what it also lead to was boring art. I was also taught to enlarge and trace over my thumbnails, but once again, it led to not fun results. I get why people do it, but to me, this isn't drawing, it's tracing. Same thing with inking over incredibly tight pencils, it's not drawing, it's tracing. I also wanna put forward that this isn't art theft tracing, what I mean is, when a step tells me exactly what to do in the next step with no room to play with the new method or tool, it just feels like work. I much prefer a loosely penciled page that I can have fun drawing with a brush and ink on. The results are a LOT better, and I'm finally understanding how to really shape forms with my brush. I've improved greatly in inking in a short time by being more loose, so I think there's merit to it. Draw how you want, that's what is most important. If it's not fun, don't do it. 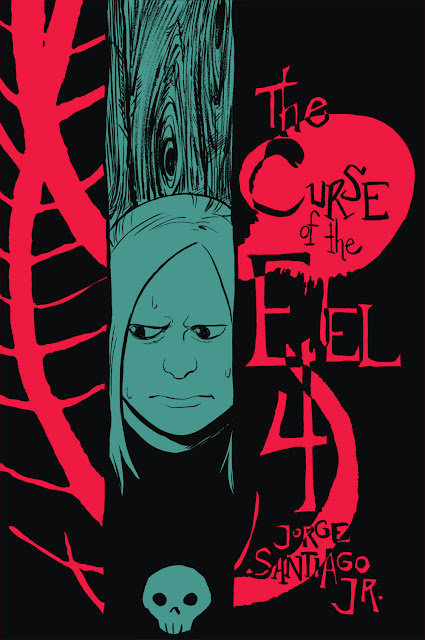 There's not much to say on this stage, I'm not the best on coloring so having these preset and striking colors has been a godsend! I probably won't add more colors to them in the future, so I hope they're at least somewhat interesting to look at!

Thanks for reading!
Posted by Jorge Santiago Jr, at 7:00 PM 0 comments

More pages from Curse of the Eel chapter 4. I've inked thru 16, only 4 more to go and I can begin lettering the book! I'm really excited for SPX, I'll be at table J-13 if you can make it!

As usual, pages are inked with a Raphael 8404 #3 brush with FW Acrylic ink on Stillman and Birn beta paper 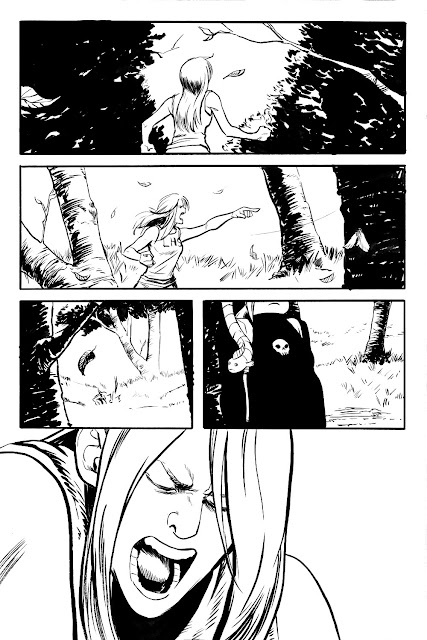 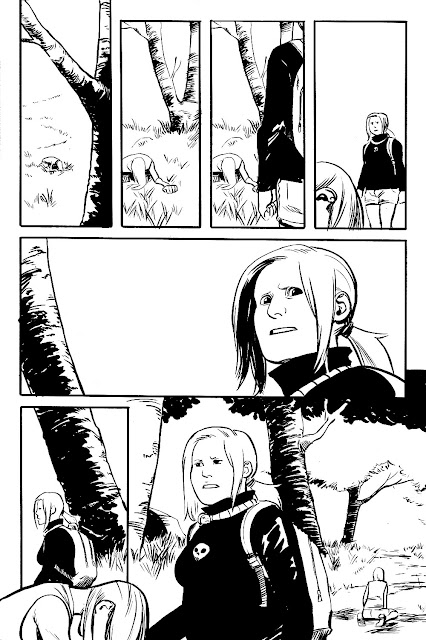 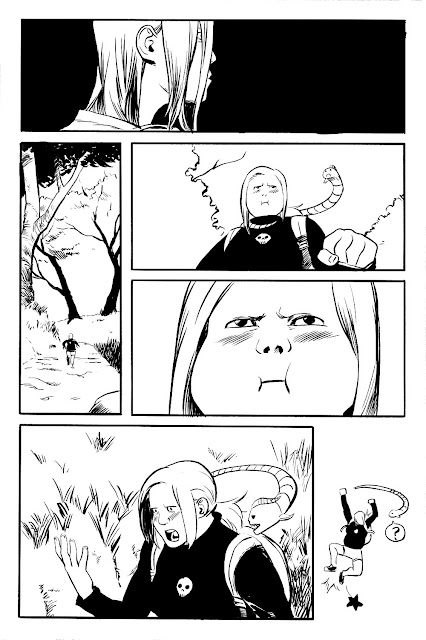 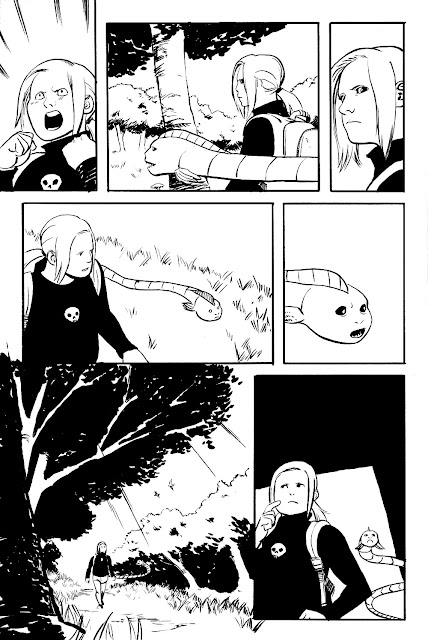 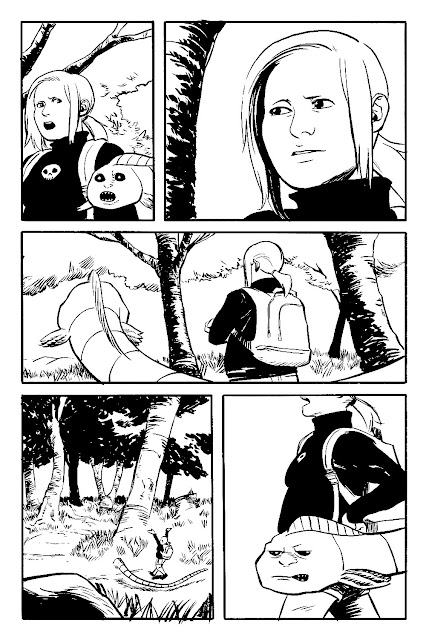 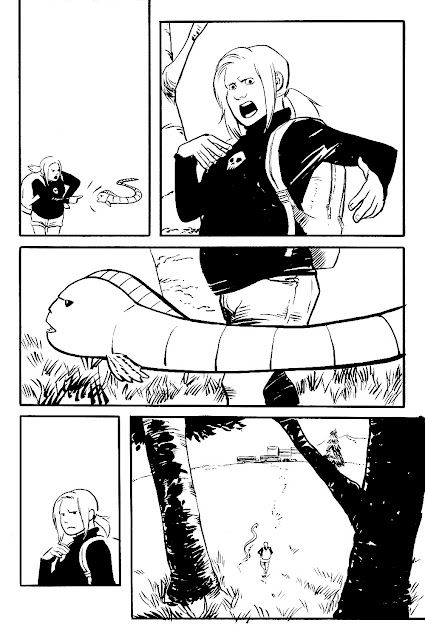