The Caverns, cover and 5 page preview 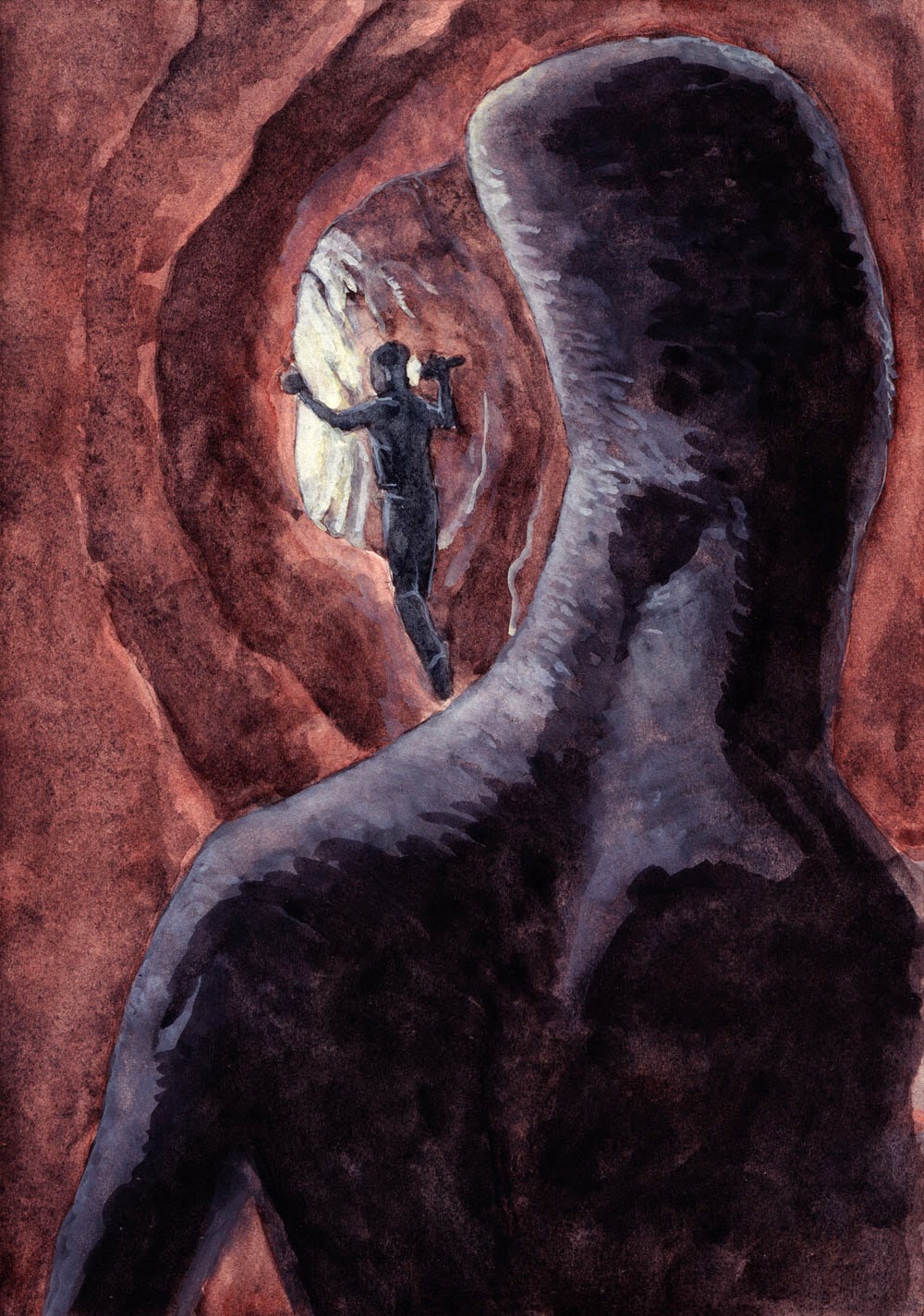 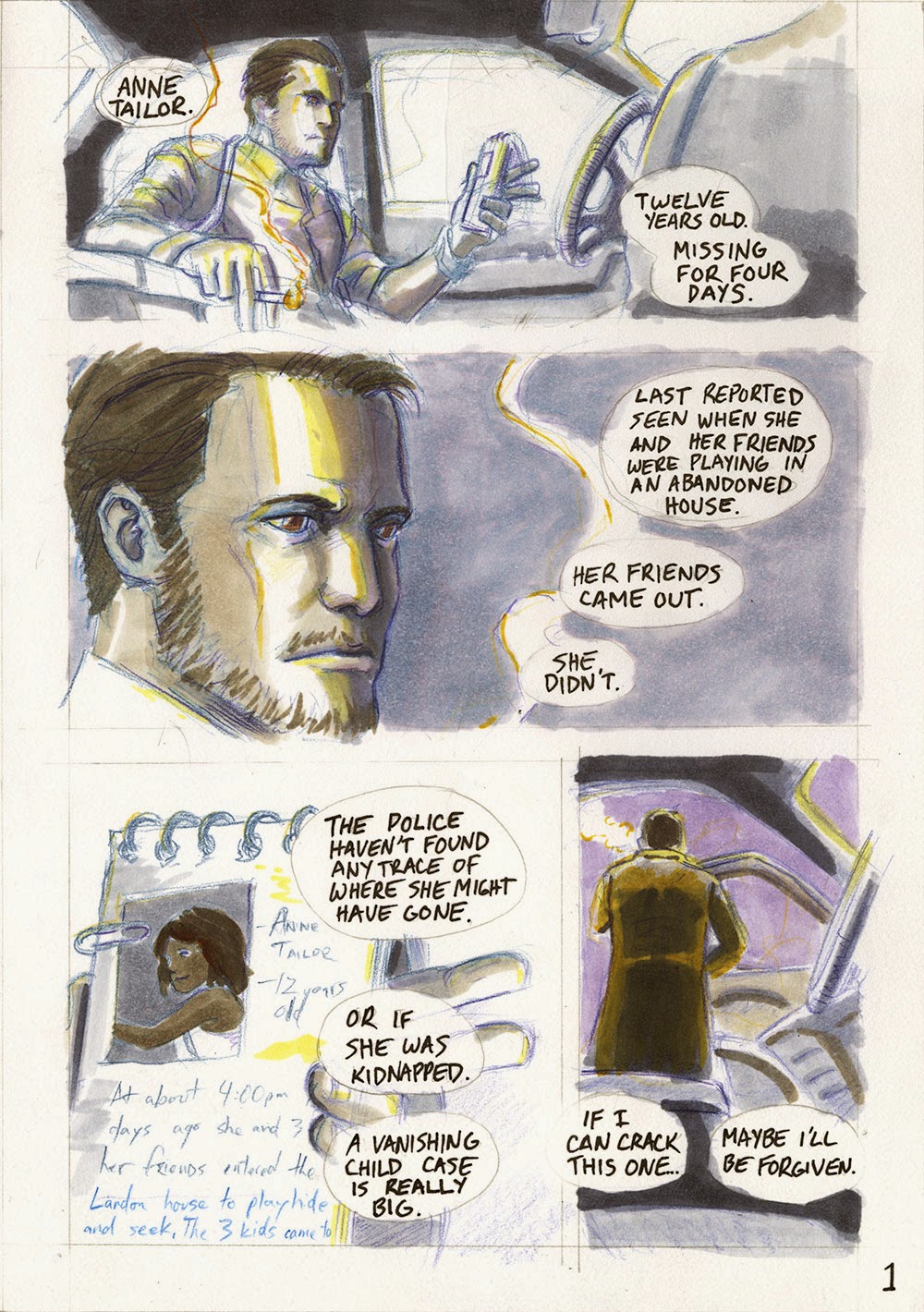 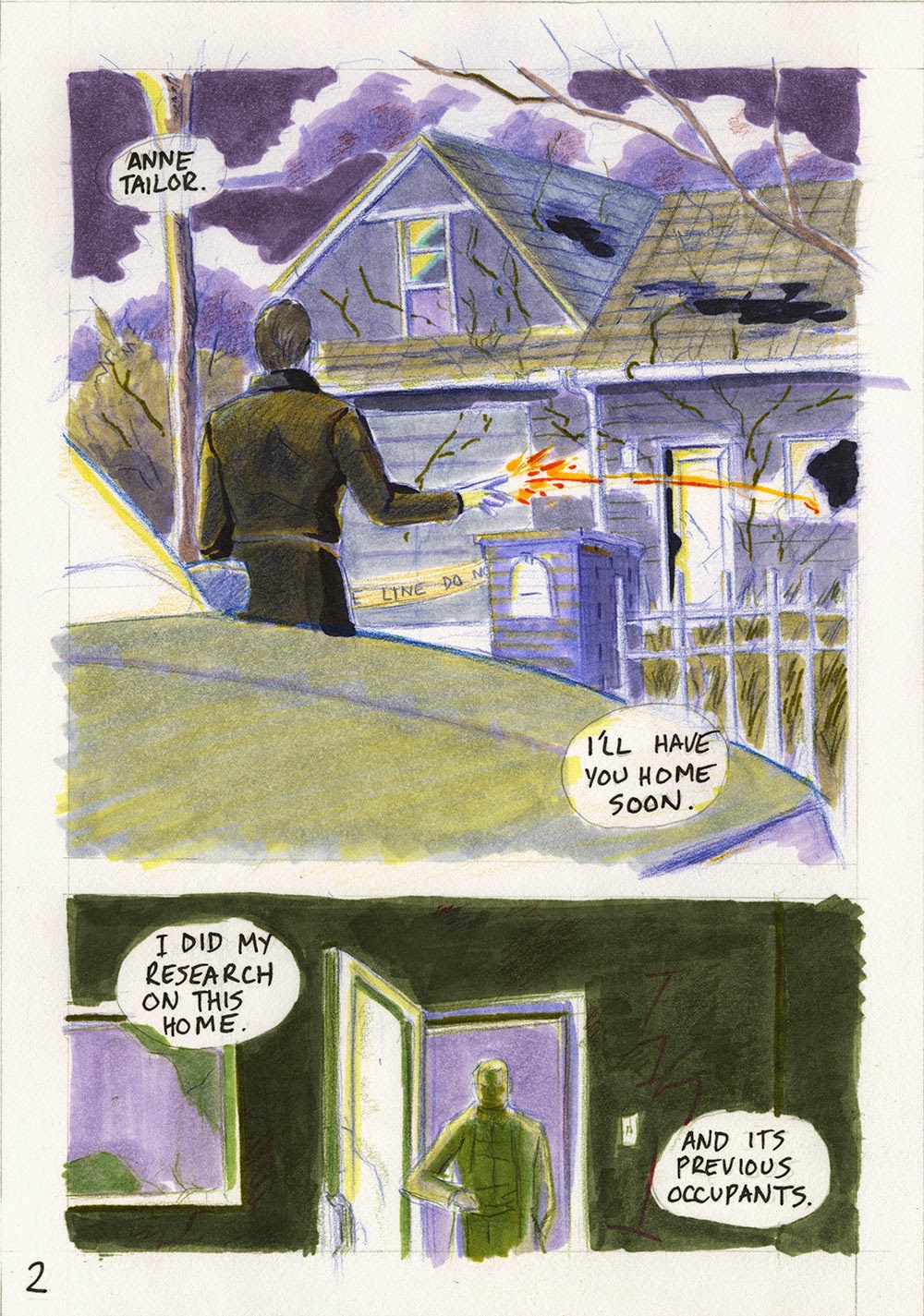 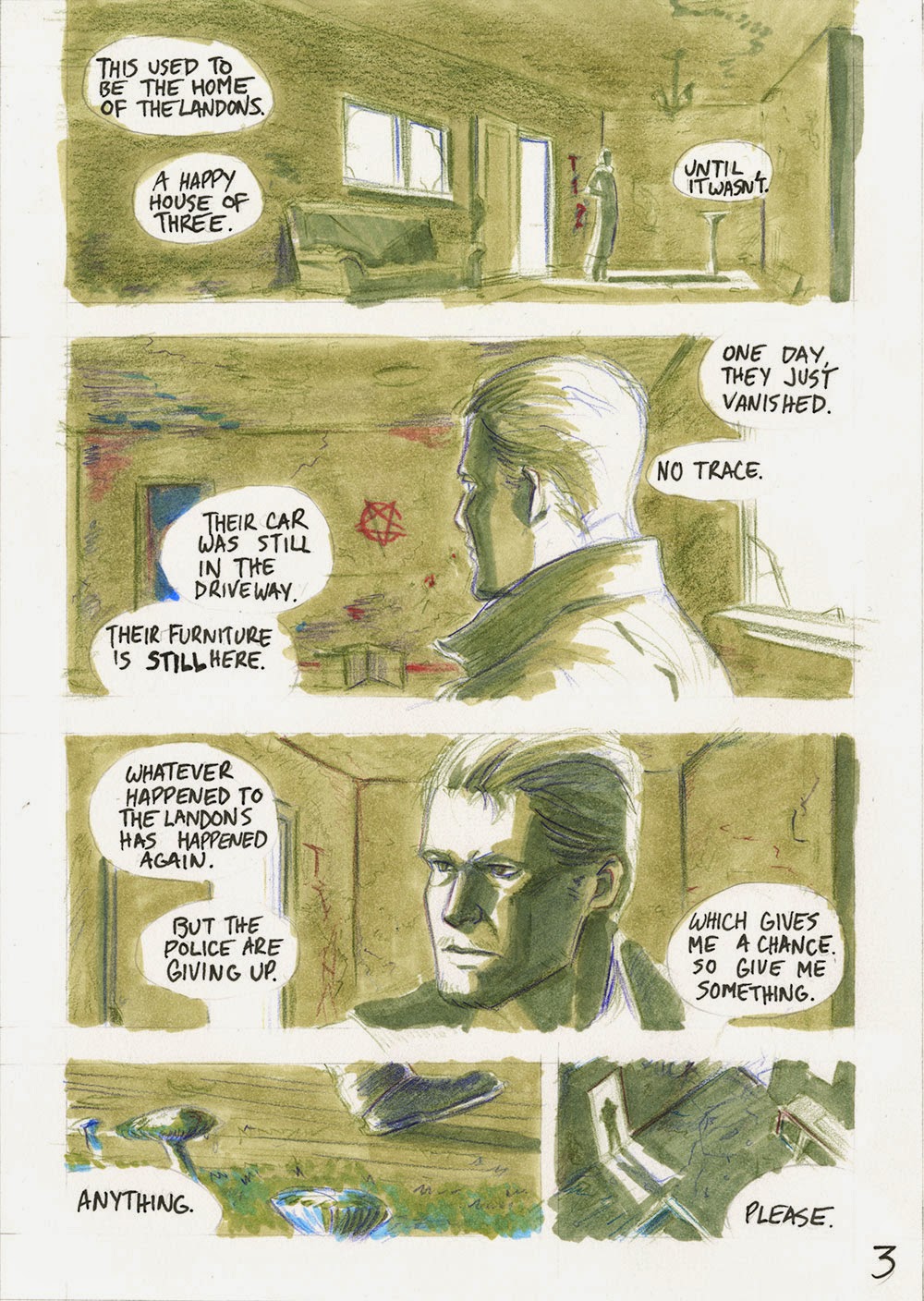 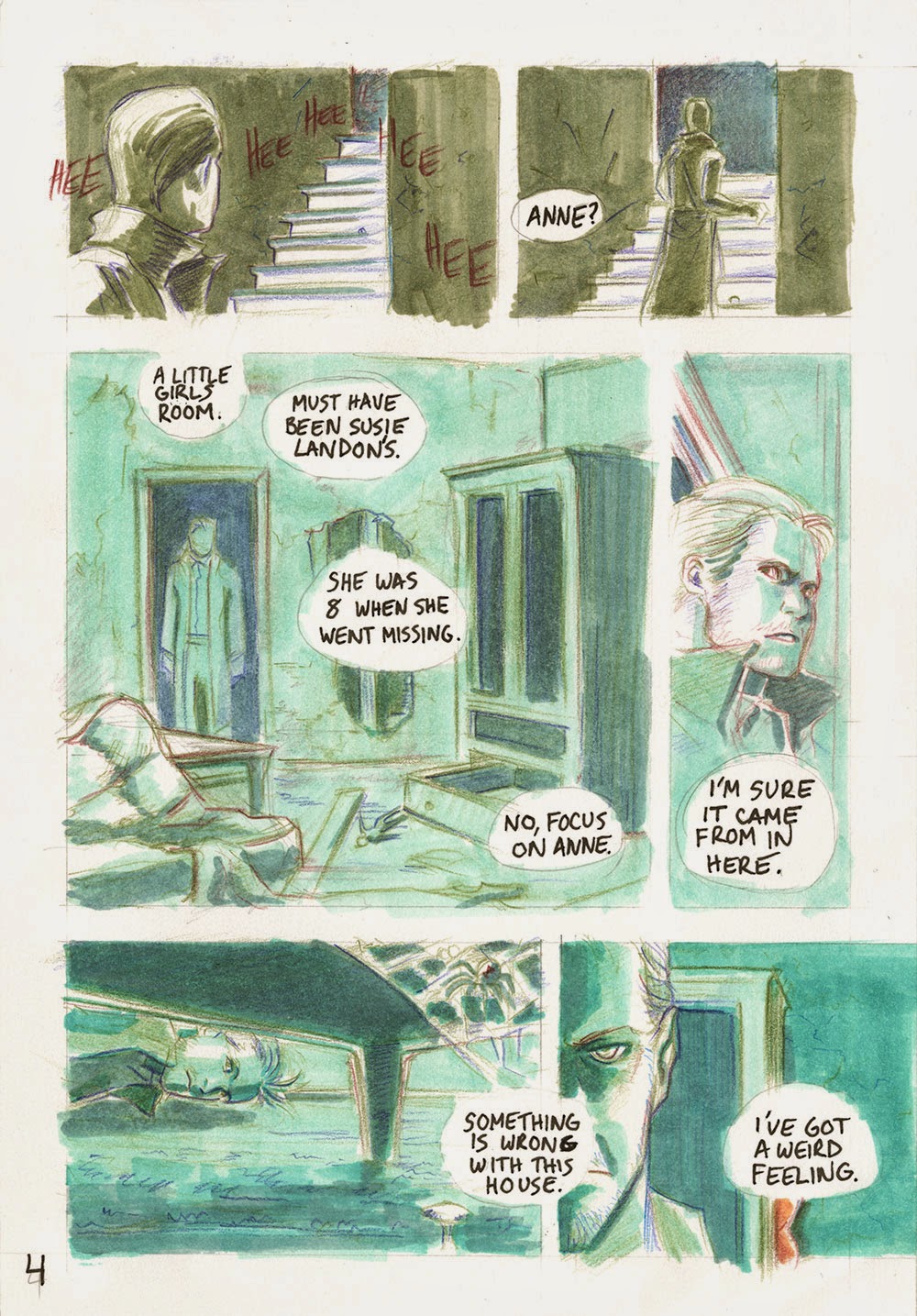 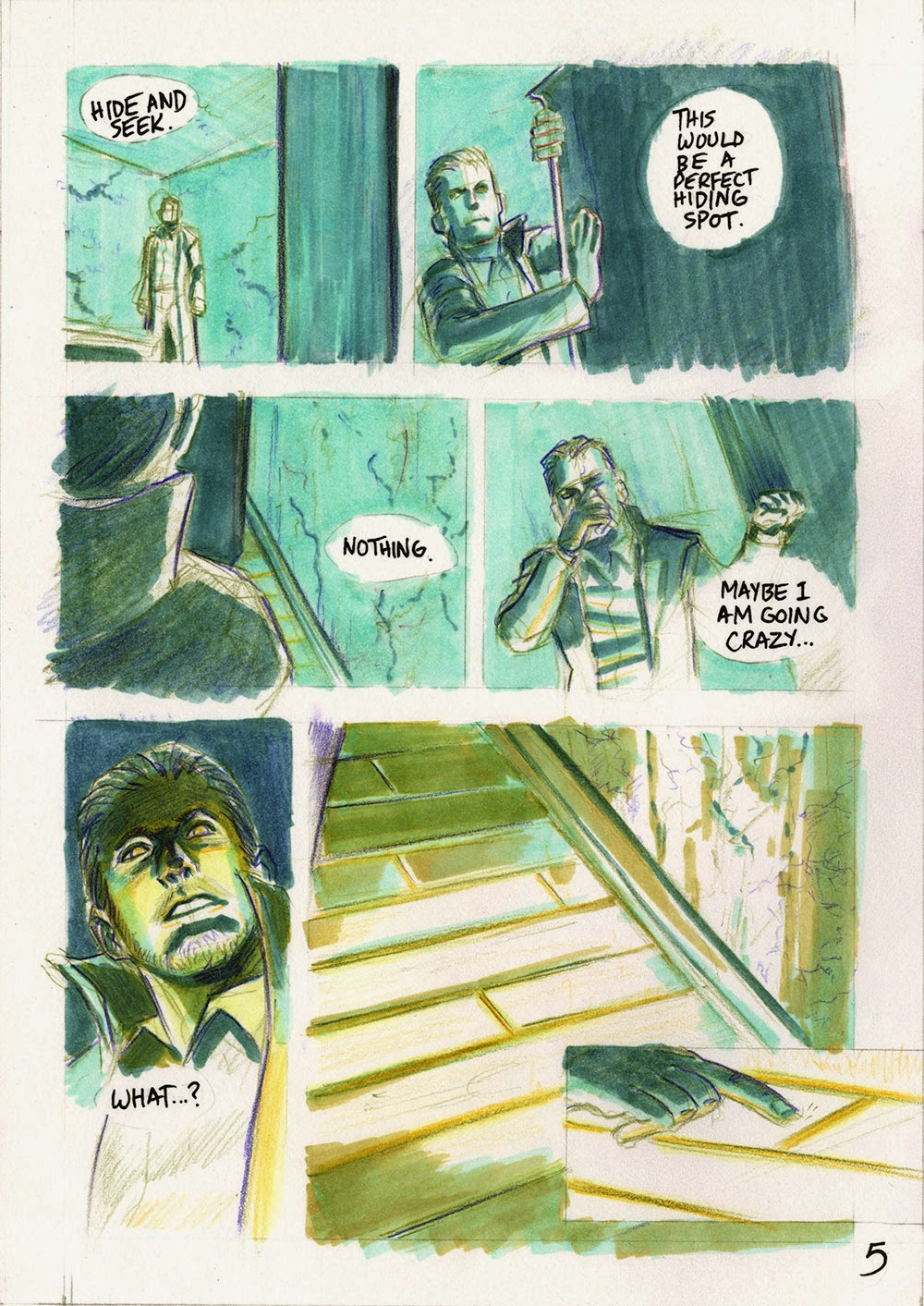 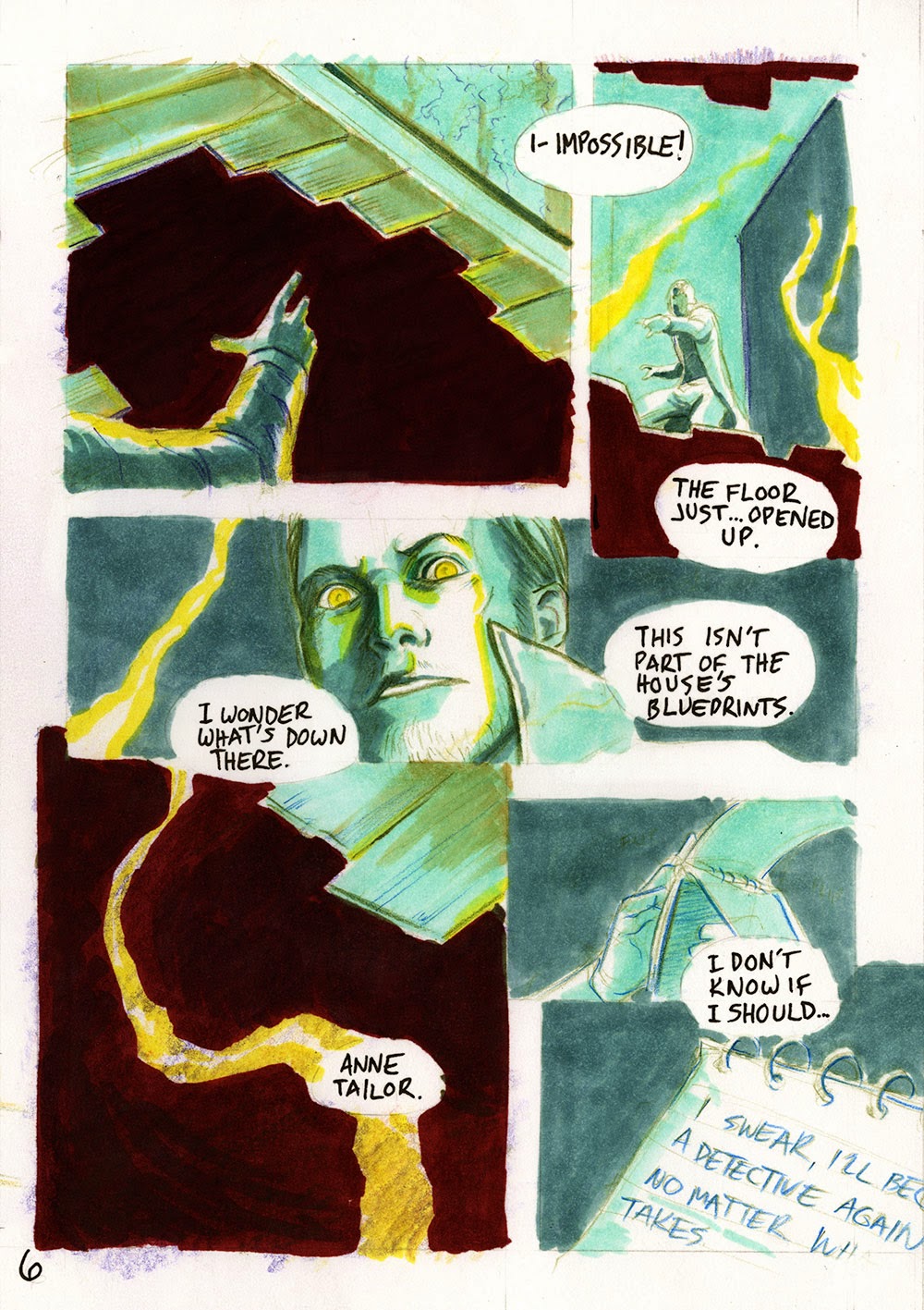 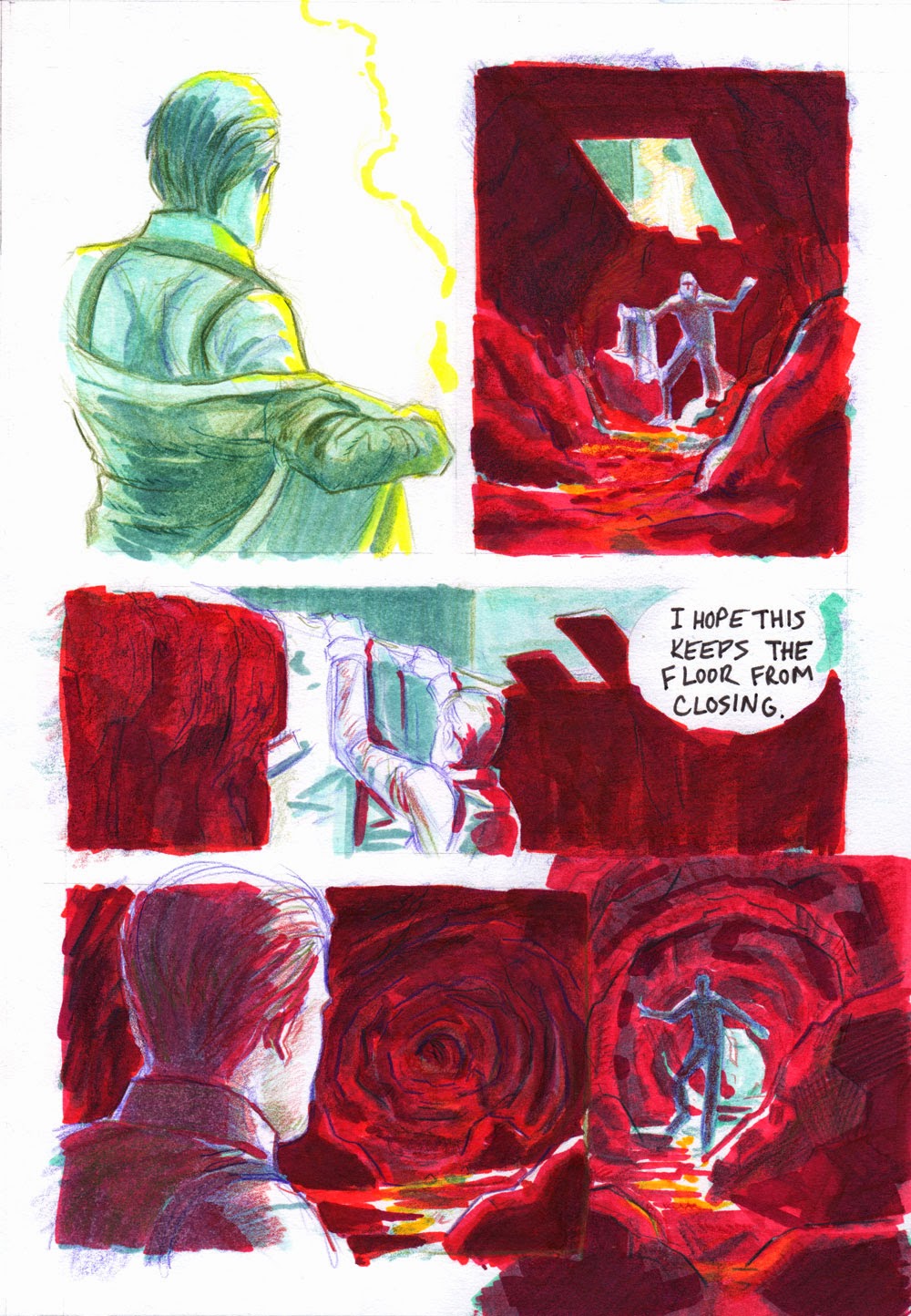 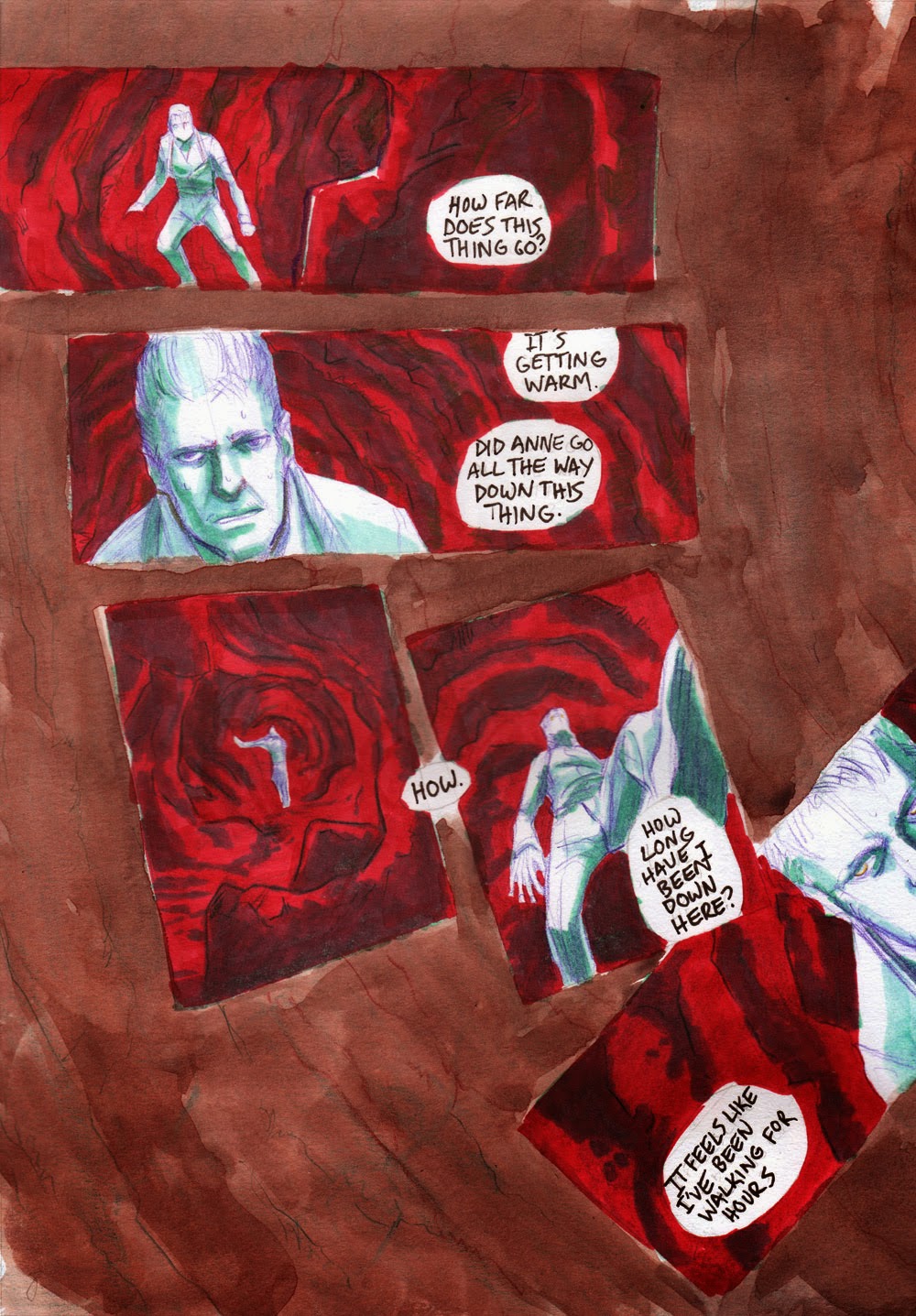 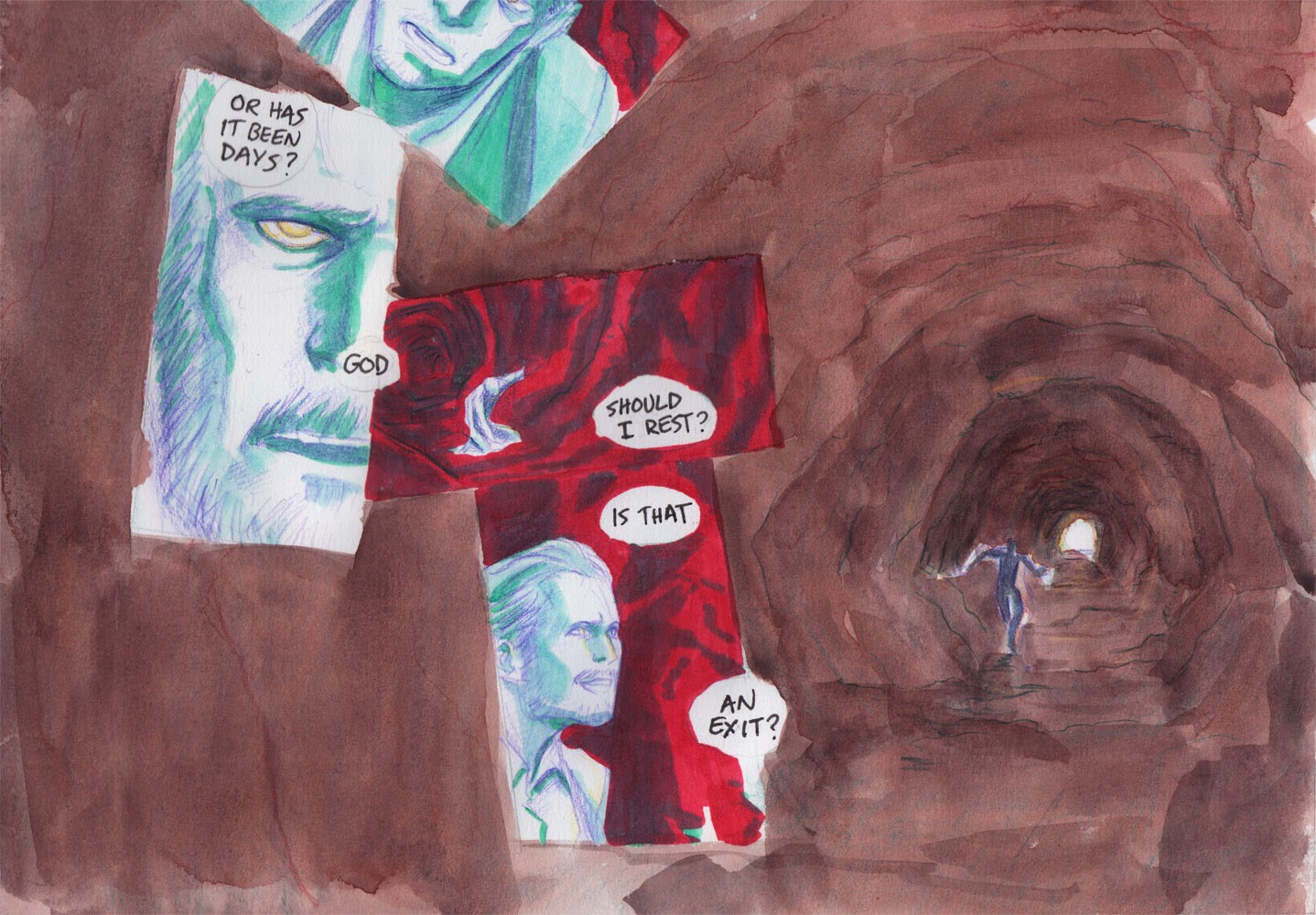 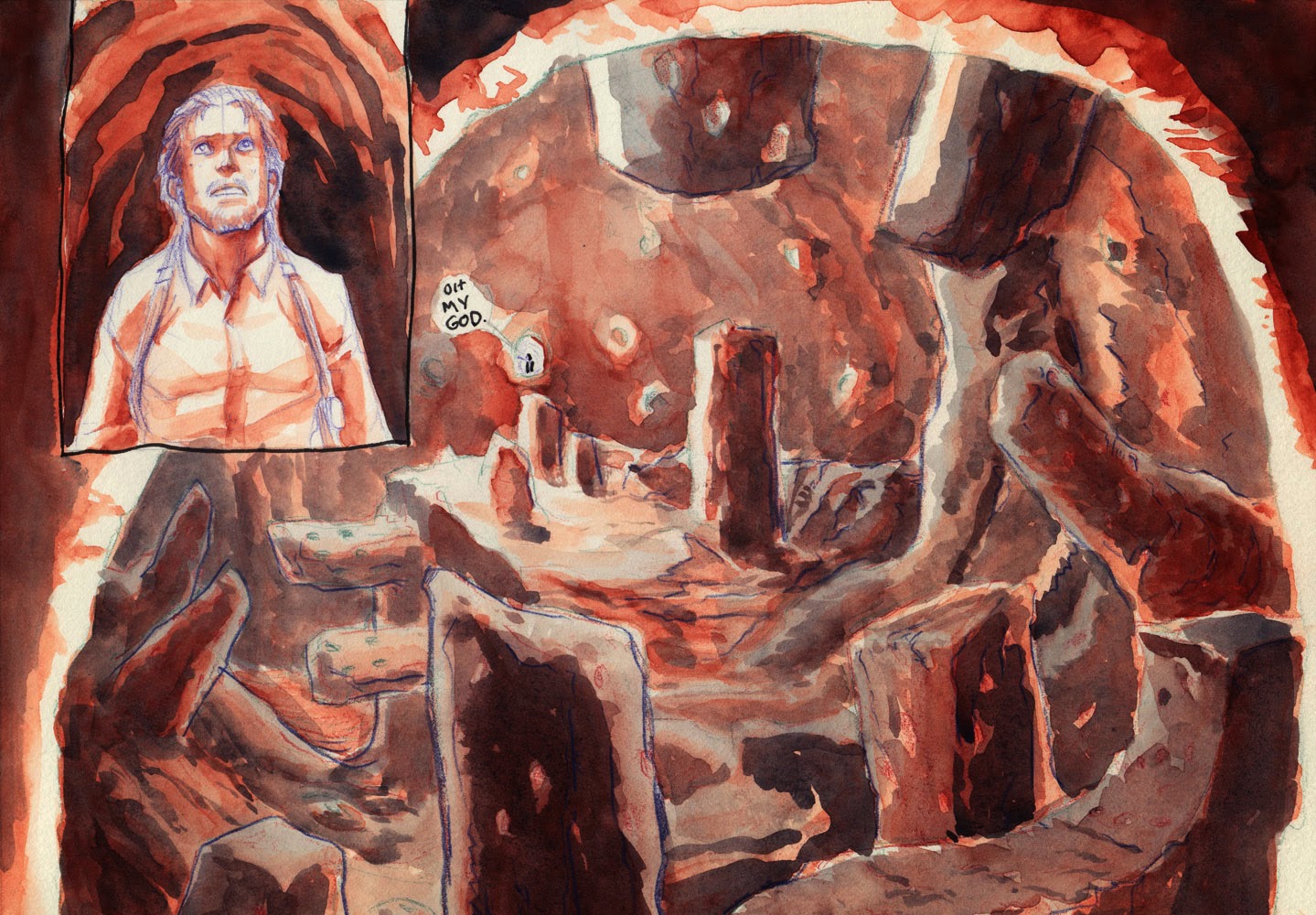 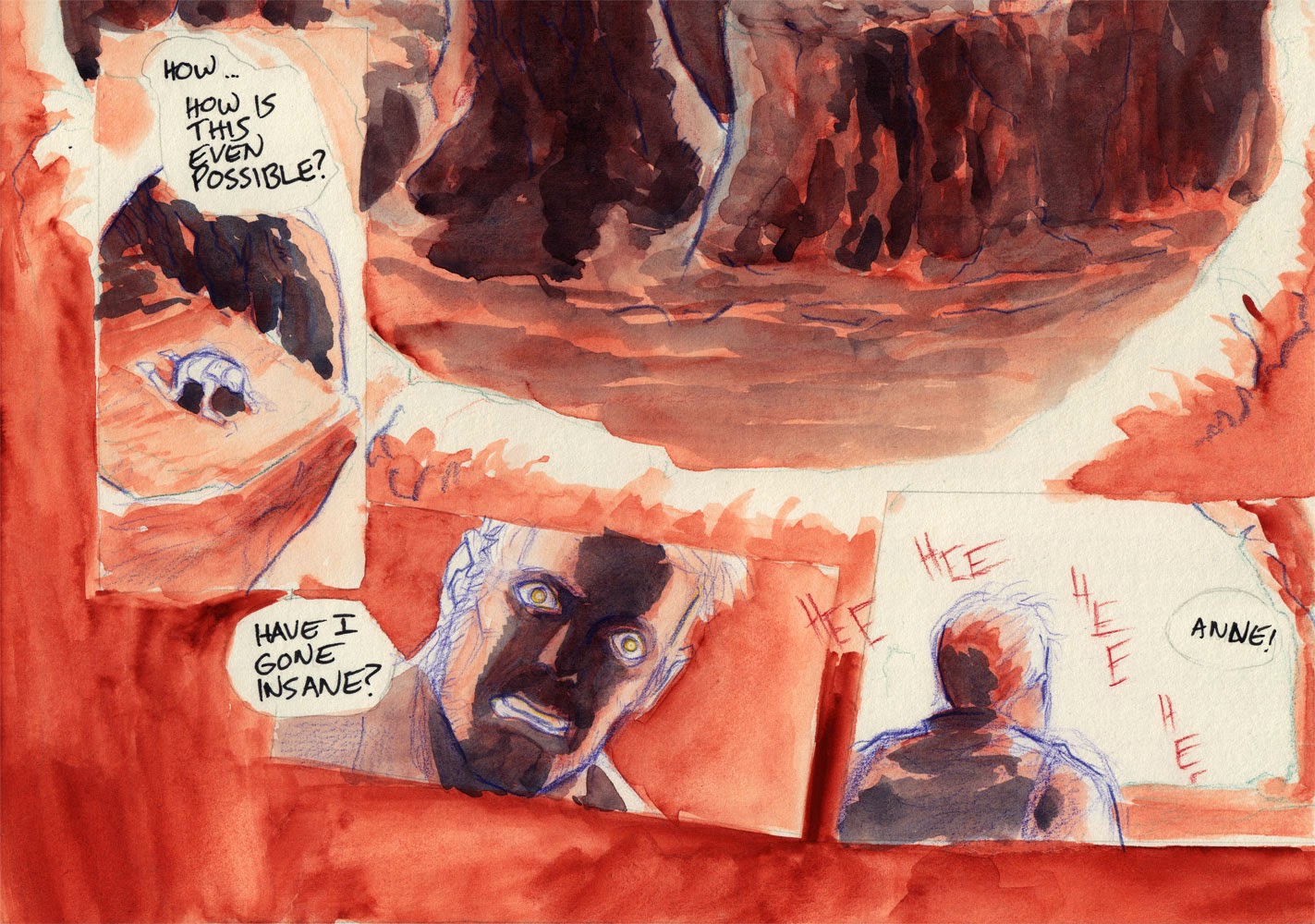 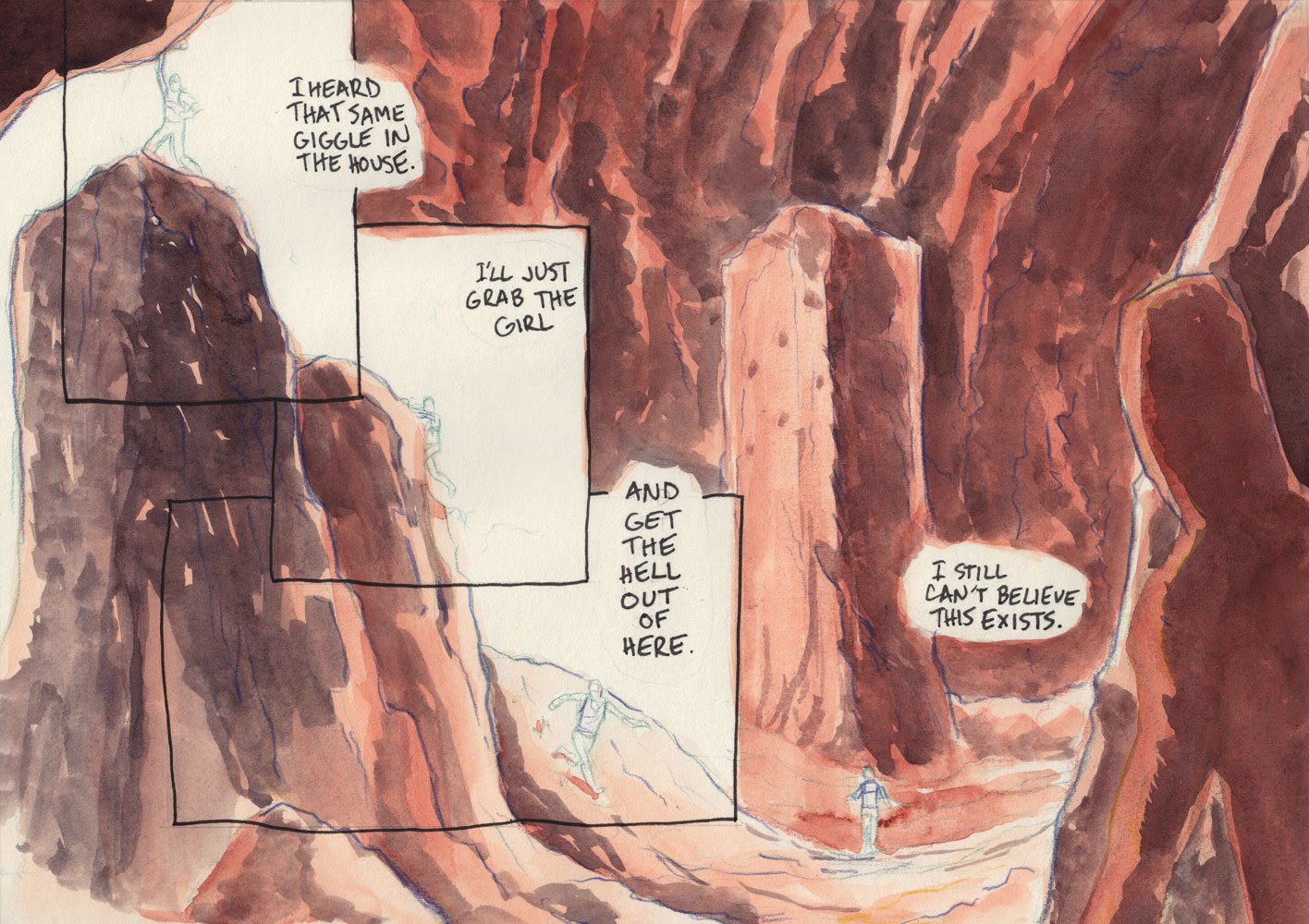 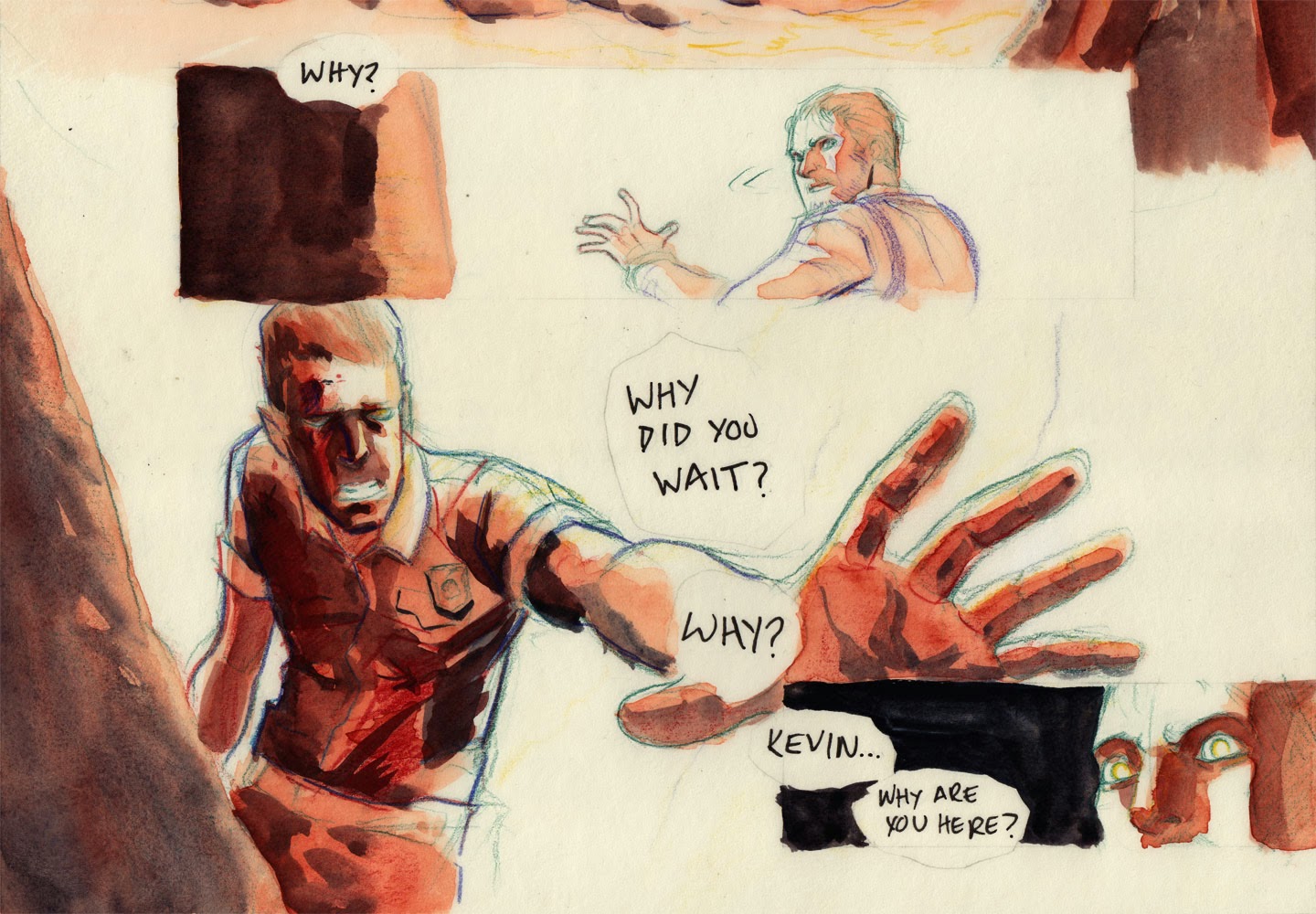 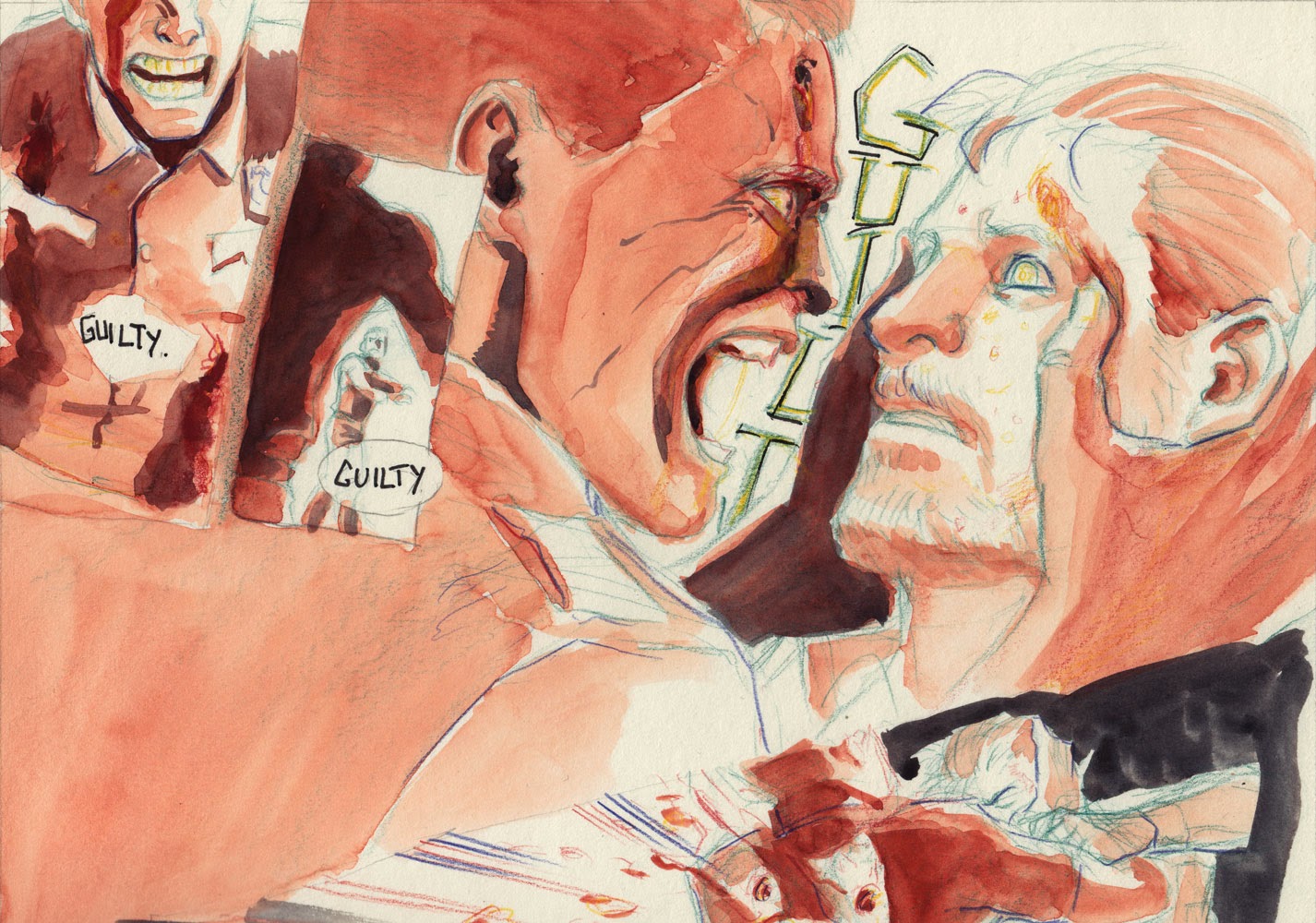 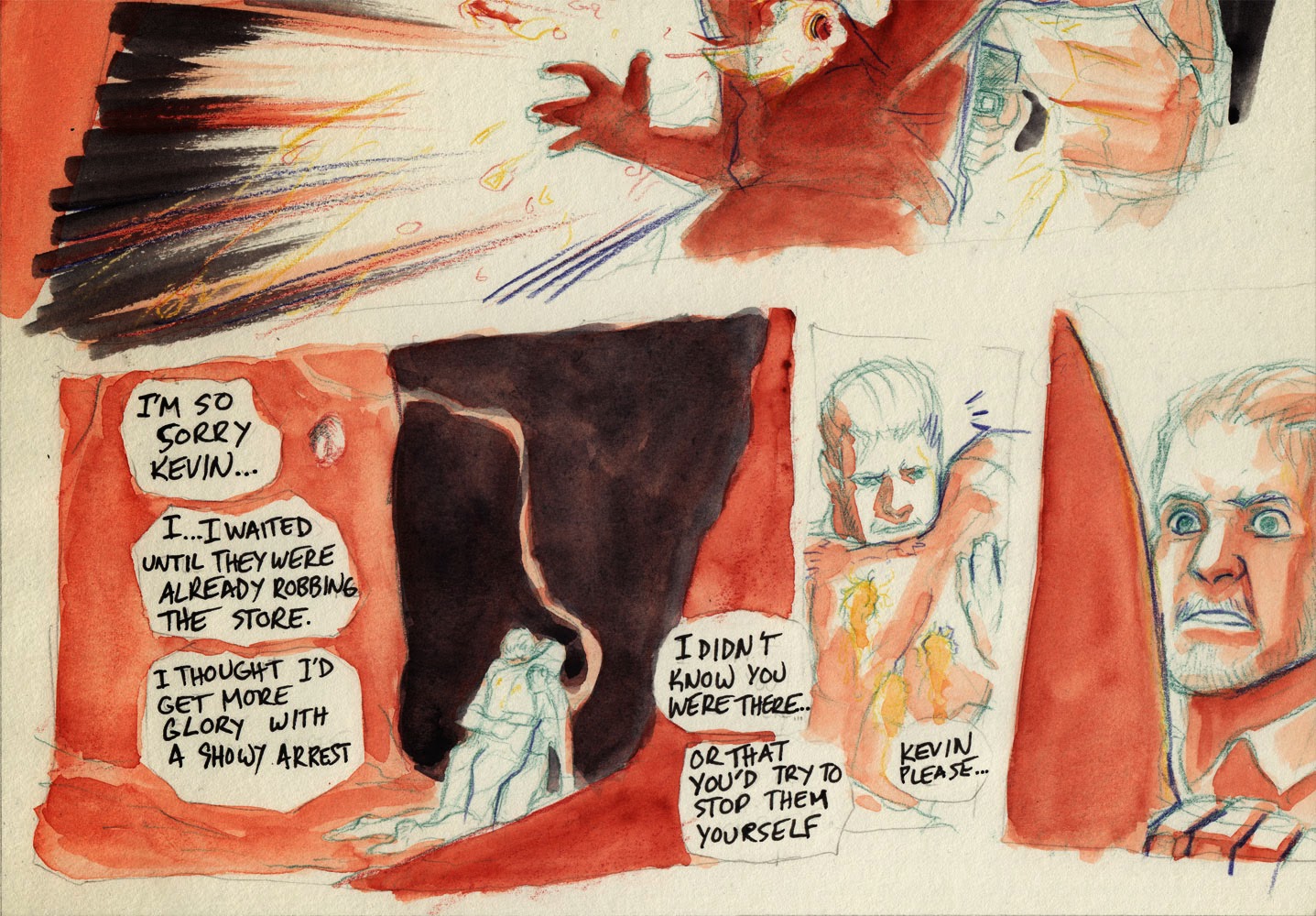 So first, let me explain why I even did this: because I had to. I LOVE art, not just comics but all media: watercolor, pastel, charcoal, etc. If I can draw with it, I want to learn how to use it, because that informs my comics. So after telling myself I wanted to do something again with markers and watercolor, it wasn't until I picked up the Fifth Beetle by the amazing Andrew Robinson that I got excited enough to really hammer a story down to give these "mixed media comic" think a try! Since I was reading a lot of Lovecraft tales at the time, I decided to make a horror story.

Now for the what: The story is about a failed detective, booted out of the force and his badge taken from him. Why? You'd have to read it to figure out. He hears about a missing child named Anne, who vanished without a trace from an abandoned home in her neighborhood. He goes looking for clues thinking this could be his way back into the force. And he finds more than he expected in that house.

The comic has 2 distinct realms, one rendered with Copic markers, the other in watercolor. I also played around with comics flow and readability to try some solutions to a few interesting reading gimmicks. Remember when books asked you to turn them clockwise and hte pages read top to bottom? I'm giving that a try, and from the people who have read it so far have said, it works well. It's not forced like I feared, but you'll have to decide for yourself!

I'm aiming to have this book at Heroes Con this weekend, but I need to call my printer and see if that'll happen. If not, I'll print it up and sell it on my sites as well as on my online store. If you can make it to Heroes Con I'll be set up with Crystal Jayme at table #1621. Come check us out and pick up some fun comic books!!!
Posted by Jorge Santiago Jr, at 2:05 PM 0 comments

The Curse of the Eel chapter 2 inks and cover 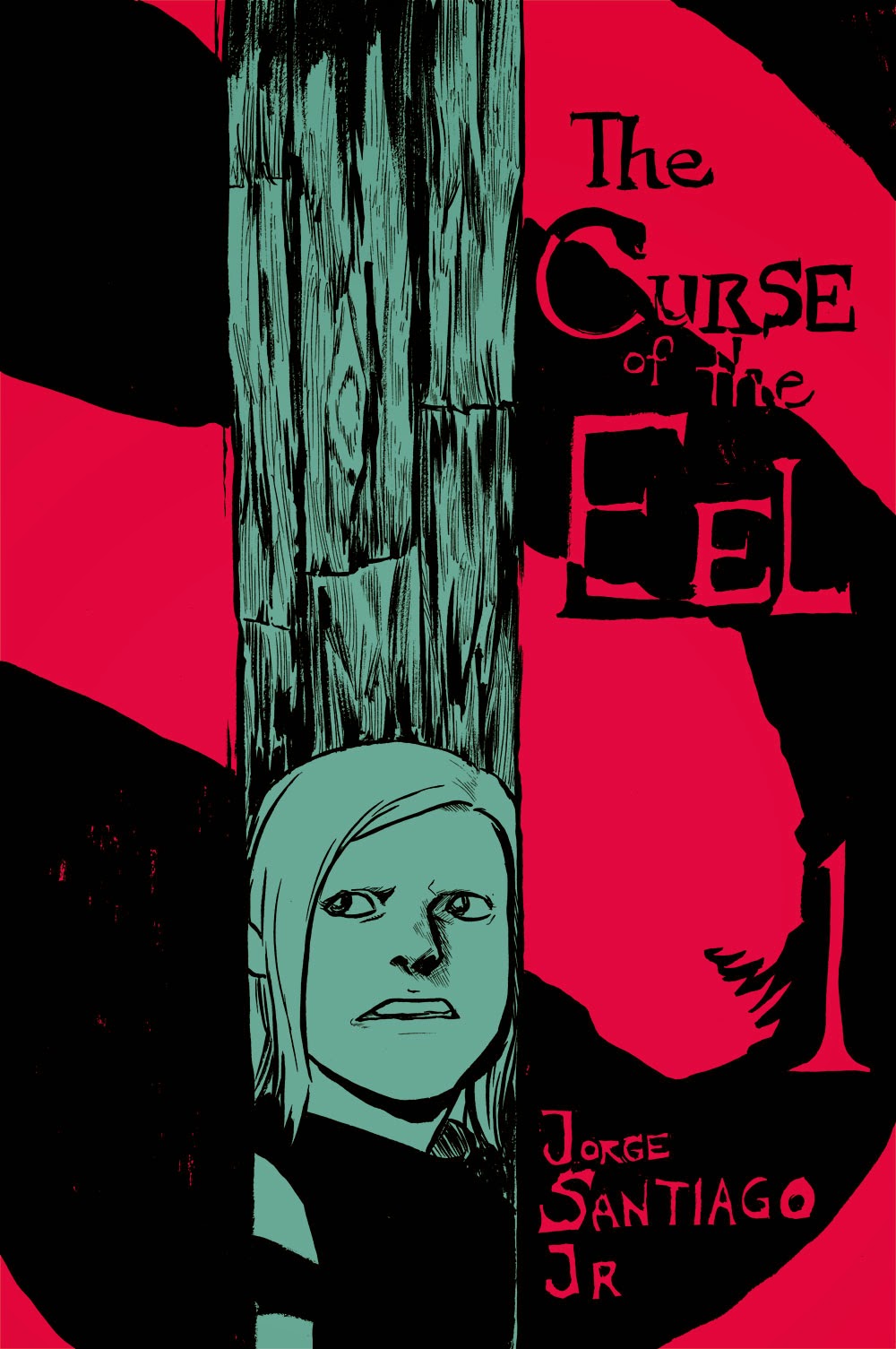 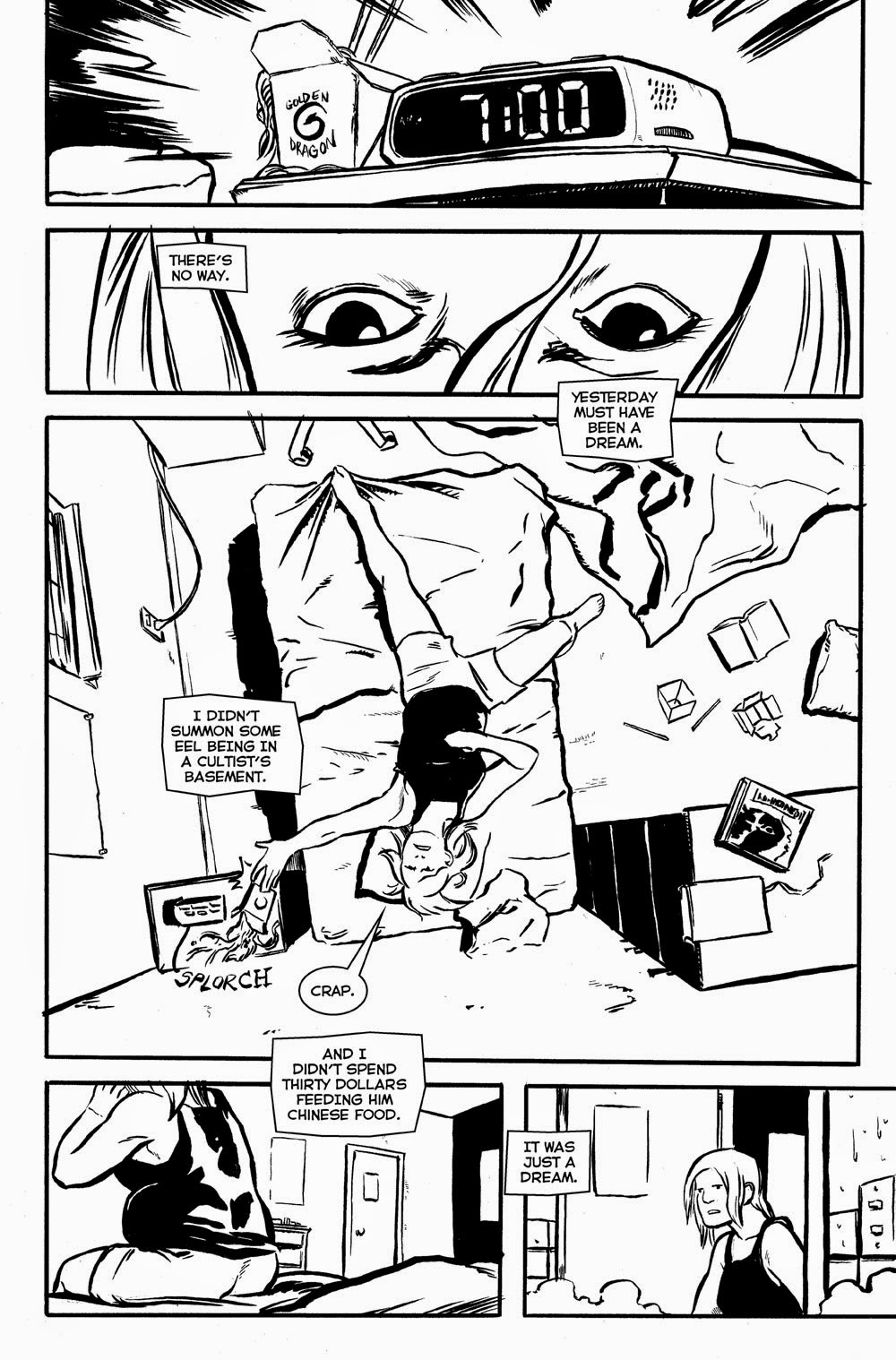 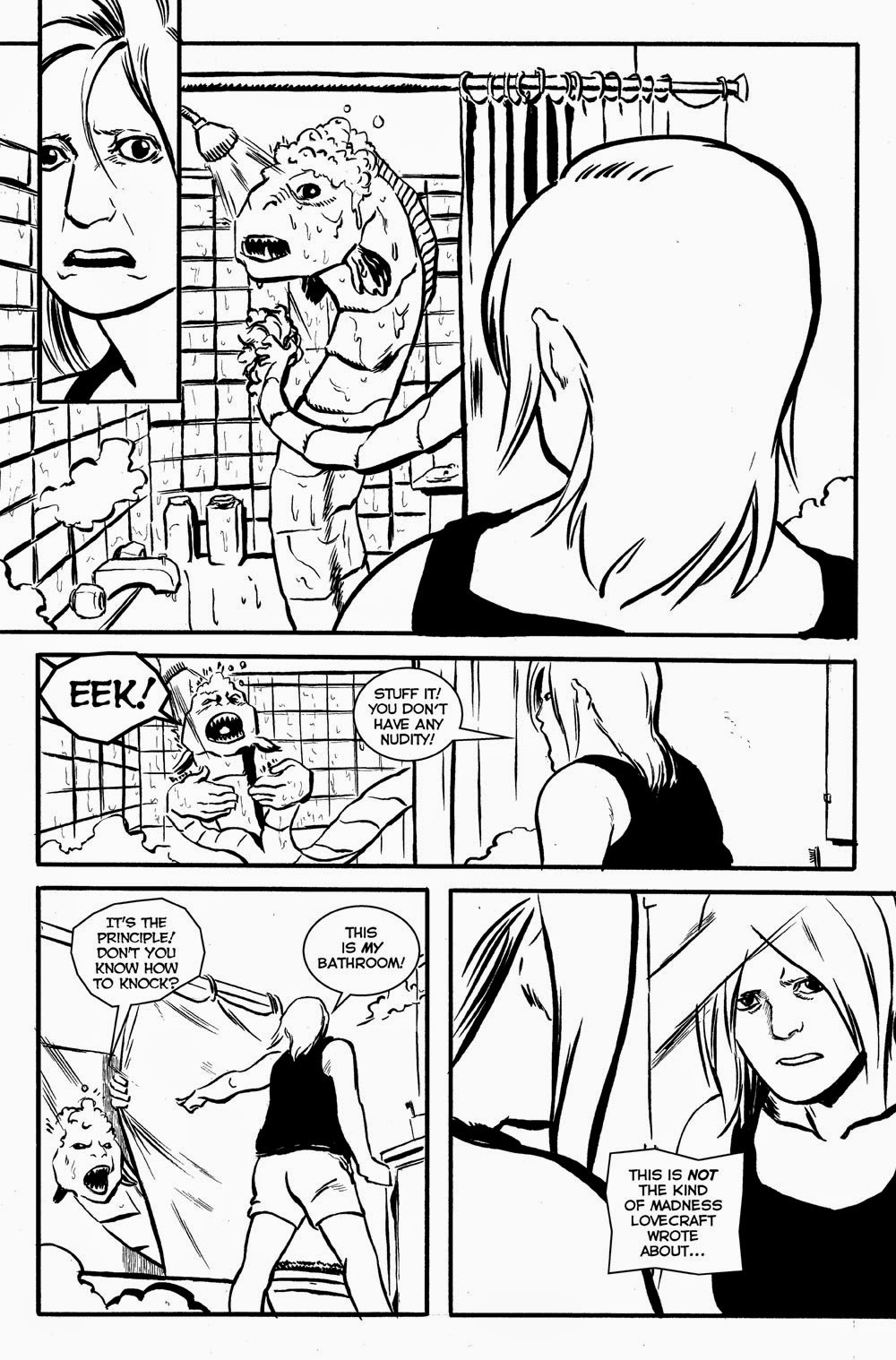 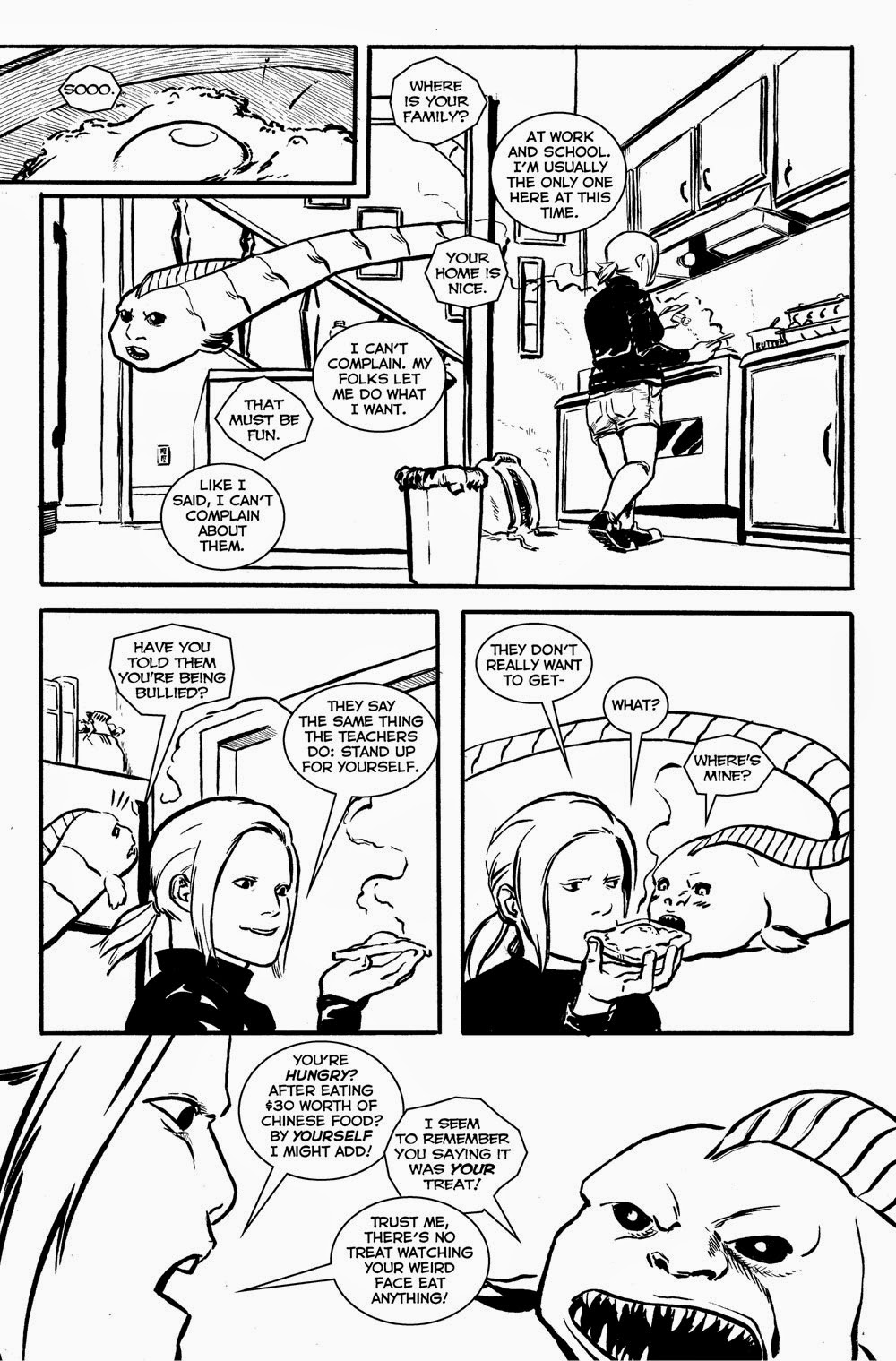 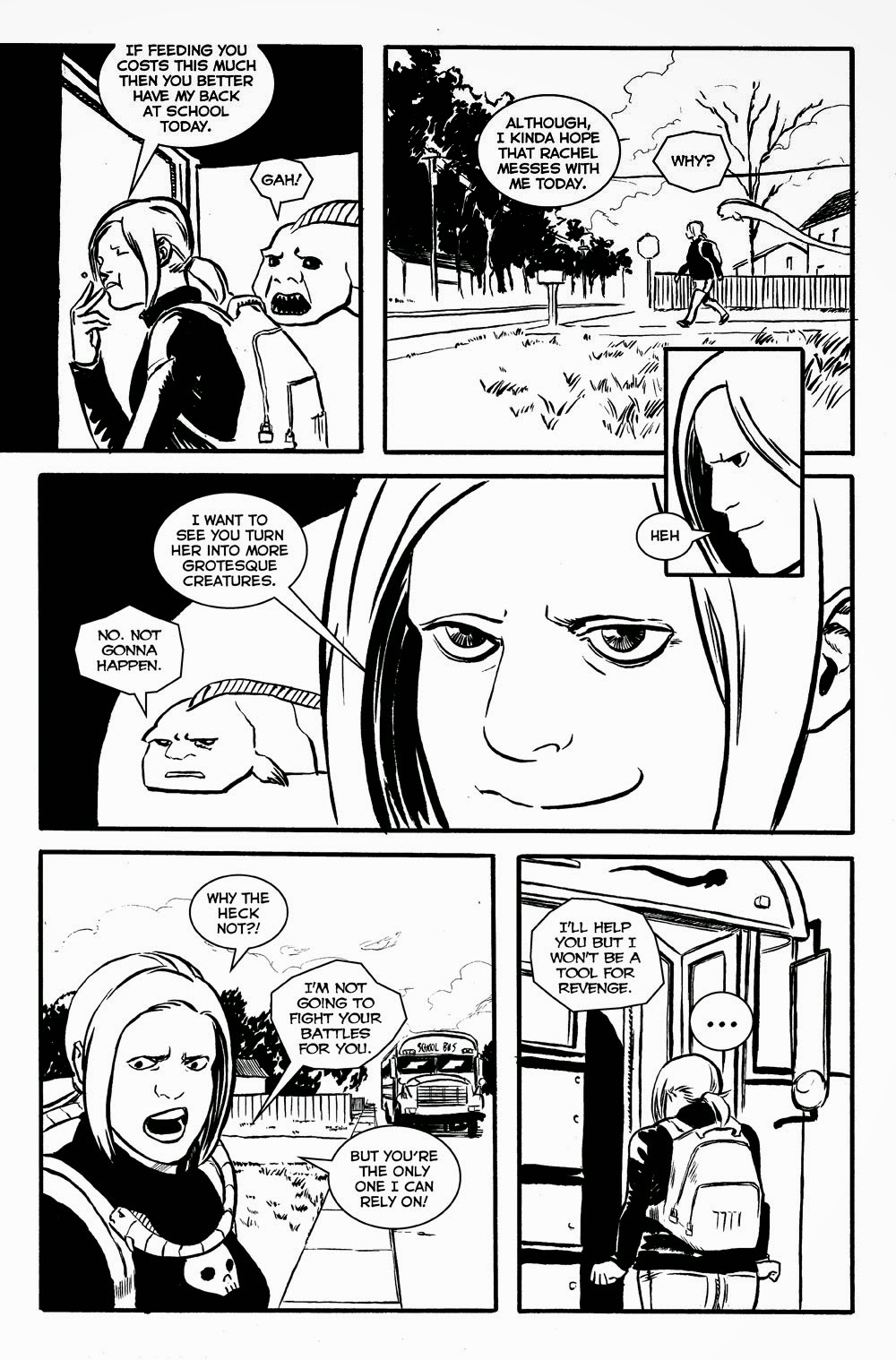 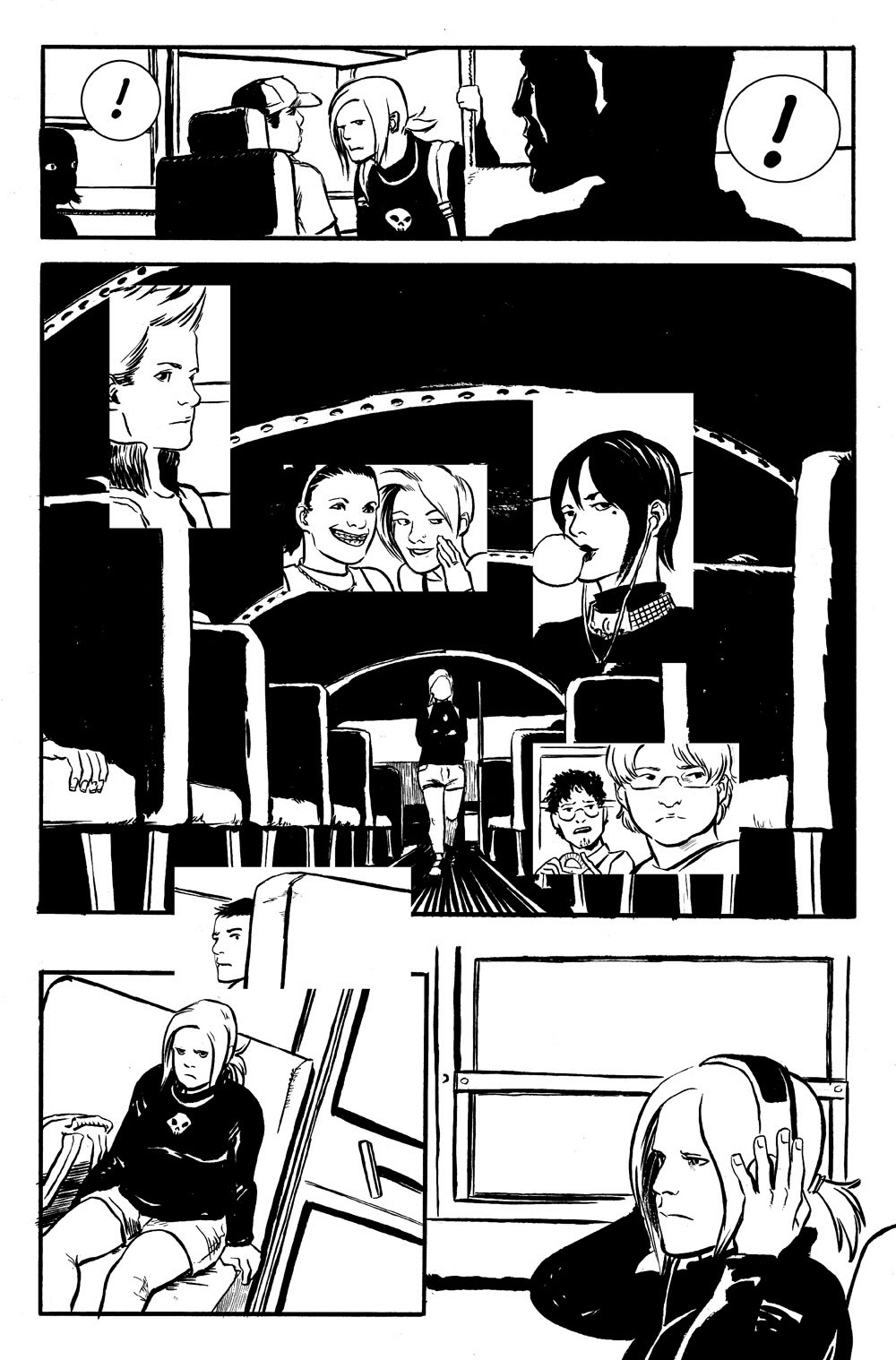 It has been a long LONG week. After having finished up my final quarter at SCAD, I had but a few weeks to prepare new works for Heroes Con. Sure I've drawn and printed a bunch of comics since last Heroes, but nothing super recent. Wings of Irene is from December 2013 and the Looming Deadline wasn't super substantial, so I really wanted to put out a nice fat book to celebrate my freedom from school. So I completed chapter 2 of my thesis comic, which took me about 5 days after classes were over to finish penciling (which is slow for me) and last week at this time, I was sitting down to ink it. I finished inking the 20th and final page early this morning. And I whipped up probably the best cover I've ever made in about an hour or two. I am running on pure comics enthusiasm. I missed having this kind of imposing deadline and the drive to put out a book for no other reason than I have something I want to tell.

This story, if you've read this far into this pretty nonsensical post, is the continuation of the story from the first chapter, about a goth girl named Connie who has summoned her own Eldritch style Eel god. But now what? I guess still go to school, because you have to. This chapter was a lot of fun and a great test for how I draw environments. The first chapter was mainly forest and a trashy old hillbilly house, not much to really do with perspective or drawing buildings and such. This chapter was fun in that it posed some interesting challenges like "now that I've established this way of inking, how do I ink a bus? Or a school? Or lockers, cuz there are a TON of lockers in this comic. Granted, I don't hit every note perfectly, but honestly that's not important anymore. Comics are about fun and expression again, so when you look at these, I hope you can feel the mood or the feeling I tried to convey and weren't just looking for tangents.

I think I did hit the right notes in my character acting in this chapter. I also found the opportunity to use body language and not just faces to really help sell my ideas and I think they came out great! I sure hope I can get this book by Heroes Con so I can share it with anyone who reads this post! The book will be 40 pages of story with the color cover above. i think it's gonna be a nice little book to own! This is also the comic where I made the switch over to Stillman and Birn Beta watercolor paper. Its surface is so much more fun to draw on and more resilient than the bristol boards I've used in the past. Even the cover was inked on Alpha, which is the thinner vellum paper and it looks gorgeous. Even on 400 series bristol, the page would have warped into annoyingly hard to scan shapes, not to mention it fights me with every stroke. It's important to find the tools that make you as creative as possible.
Posted by Jorge Santiago Jr, at 5:45 PM 0 comments 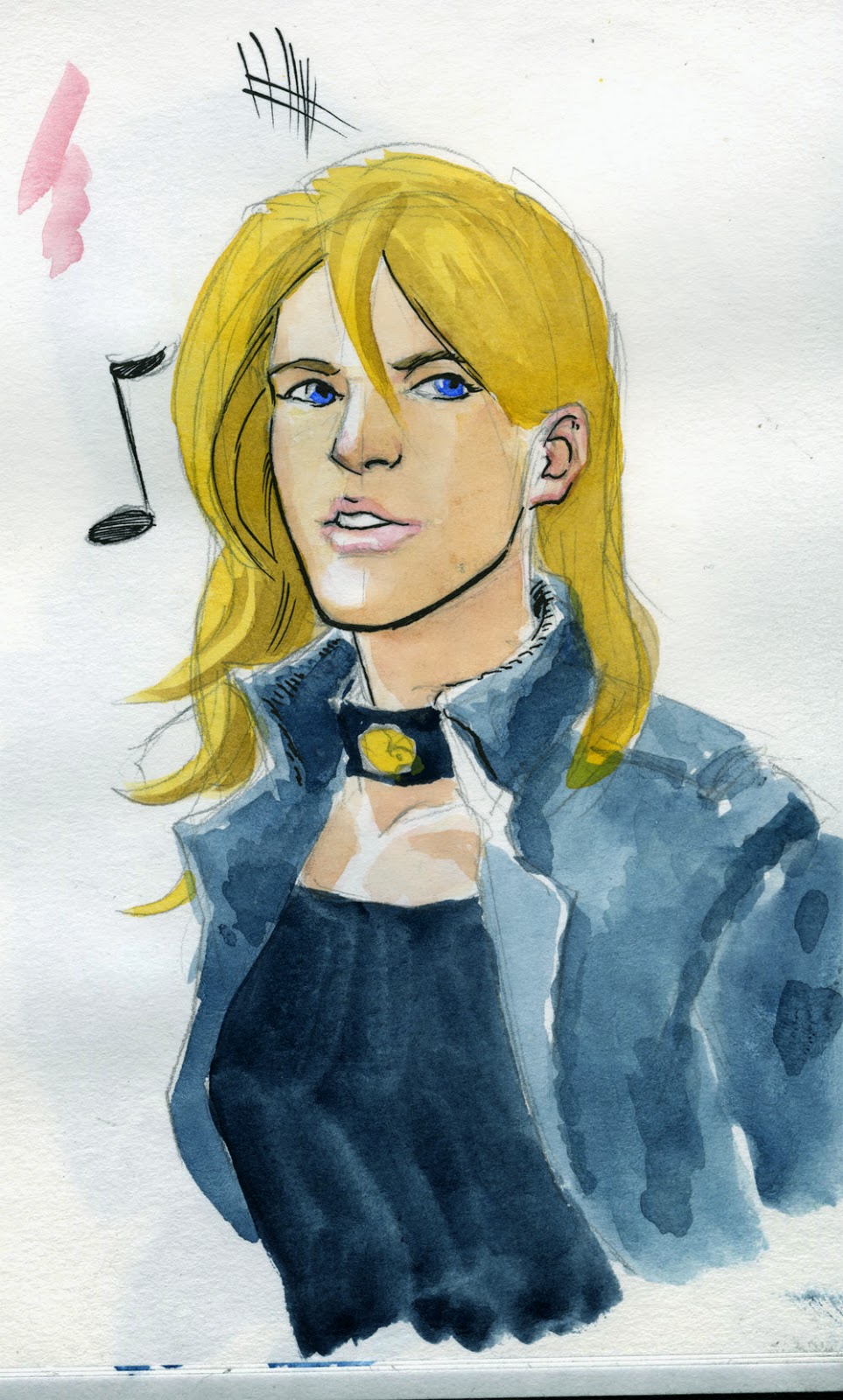 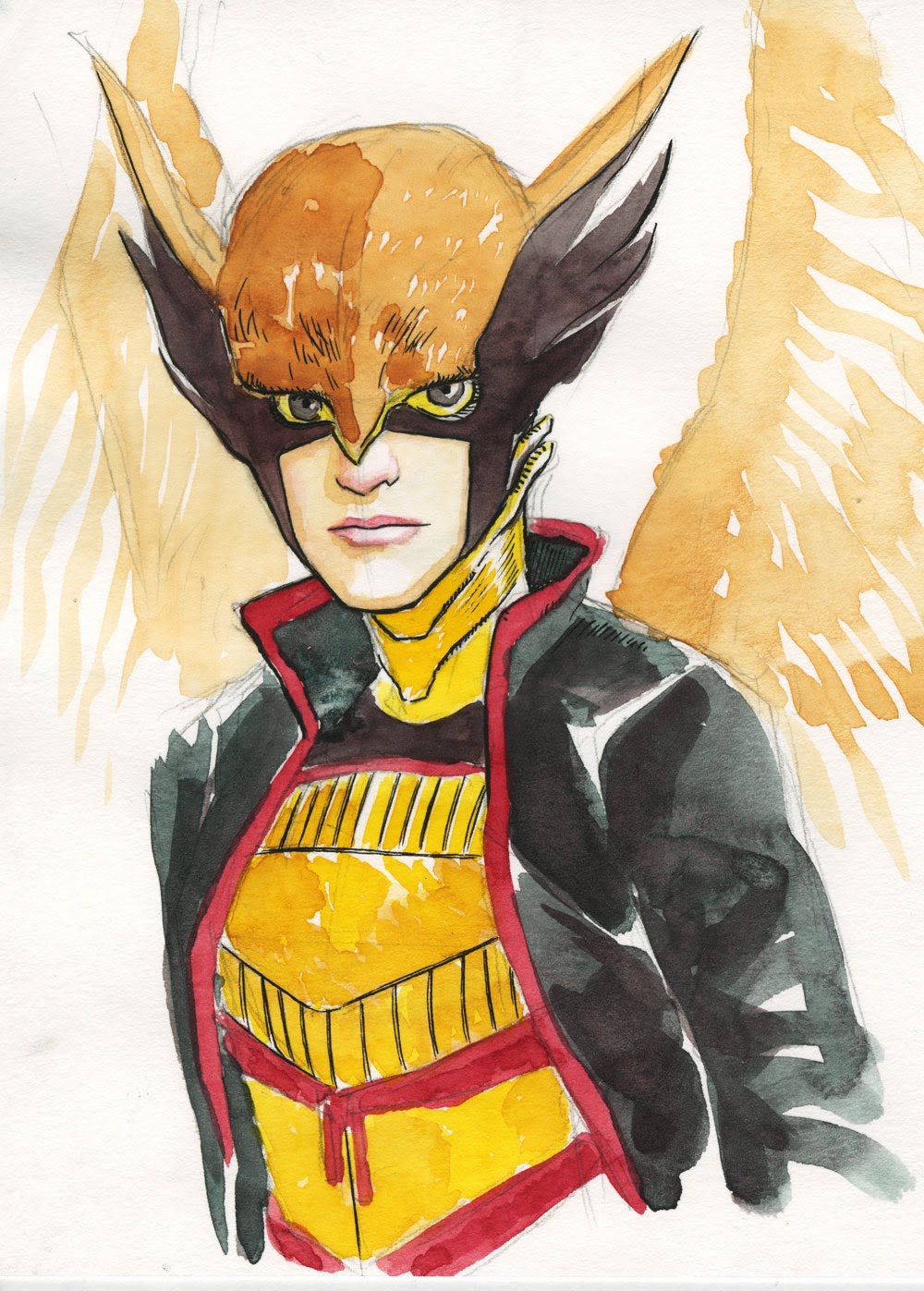 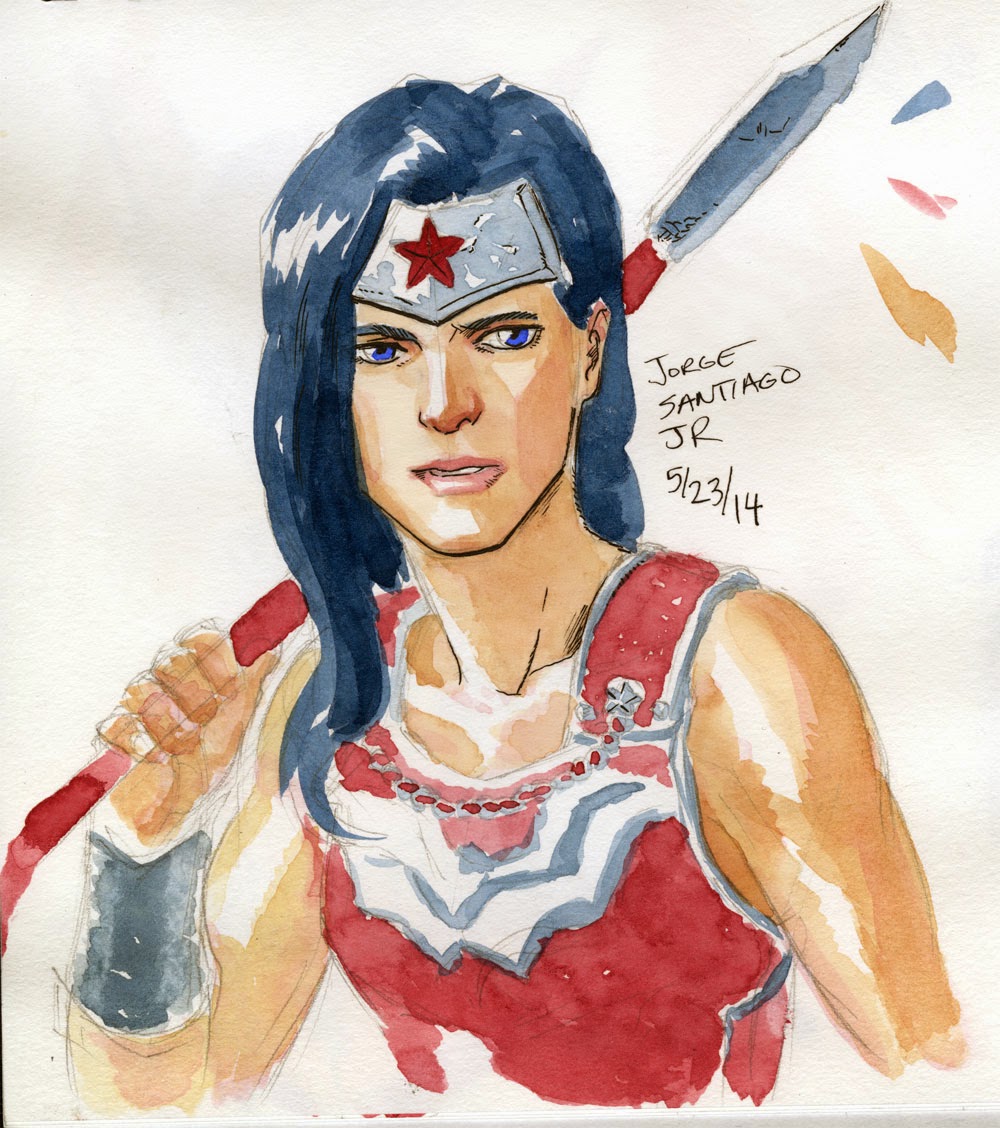 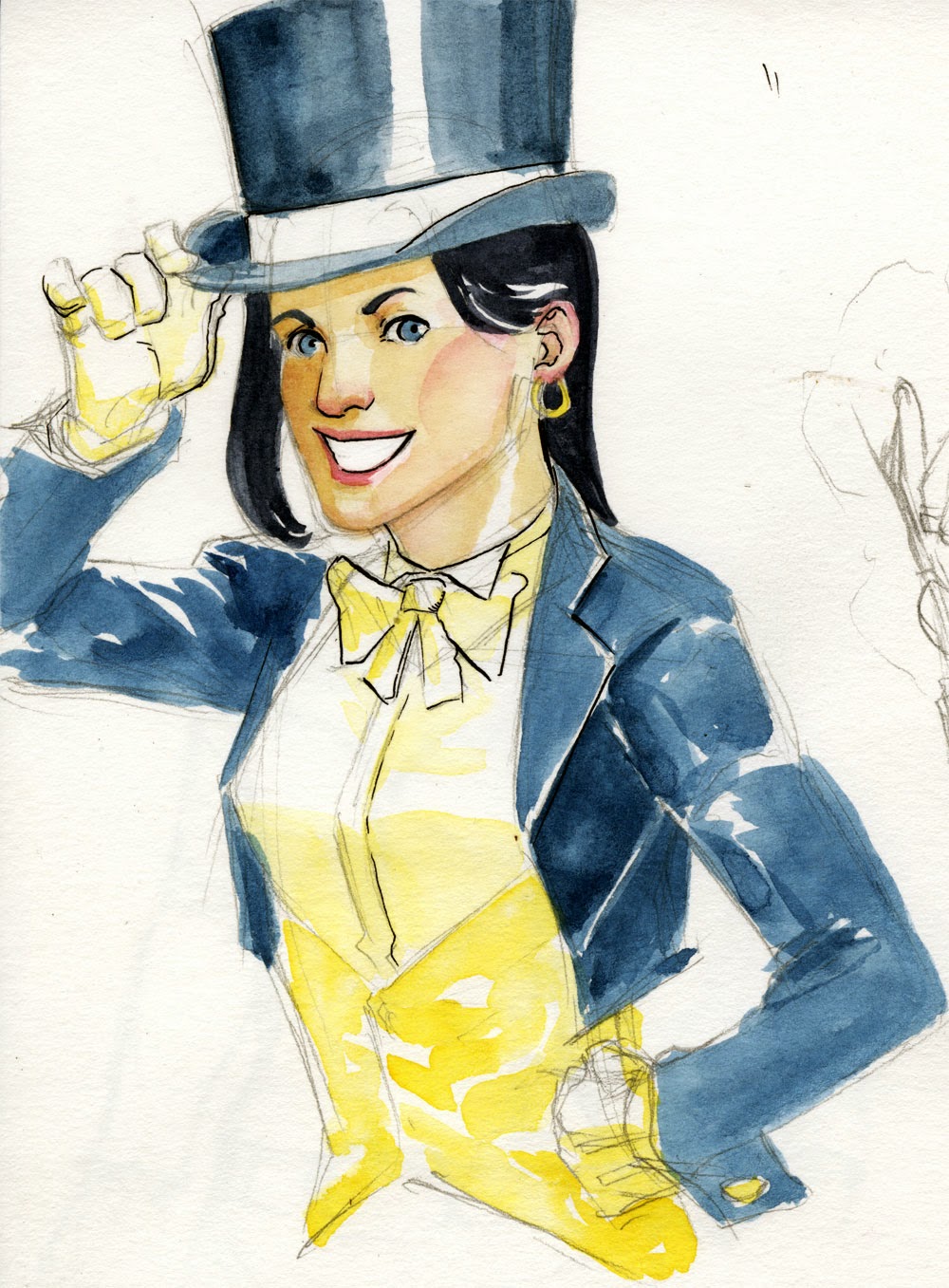 These are some watercolor sketches from my Stillman and Birn alpha sketchbook. I was painting these in between assignments last quarter and I think they turned out well. I'm not really all that interested in accurate depictions but more on doing my own interpretation of them. I find their outfits to be kinda silly, like why wouldn't Wonder Woman wear Greek like armor? Why is she going into battle in a one piece swimsuit?

My favorite is Hawkgirl, that one came out the best I think.