F is for Frey - A to Z Character Challenge 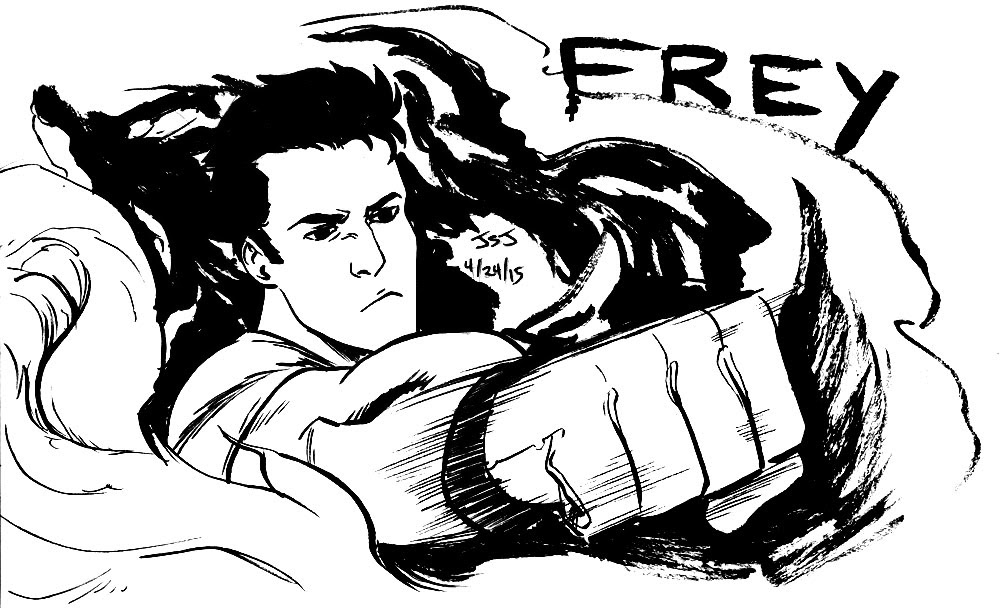 F is for Frey! Another character from my series Wolves of Sariel.

Frey was a Mexican American man who became a very important member of the Wolves, which is the same group of psuedo-religious vampires that Delilah was a part of. Unlike Delilah though, Frey saw the importance of having an organization as he knew that power is often the only language that people can understand. A potent boxer before he was turned, Frey's existence on the streets made people think twice about crossing the line into evil, and his use of a bizarre object to create white flame meant that every body he left behind was a torch to remind people that he was out there looking out for good people. Unfortunately I didn't get to draw all of the most interesting scenes of him, but maybe one day I will.