K is for Kal 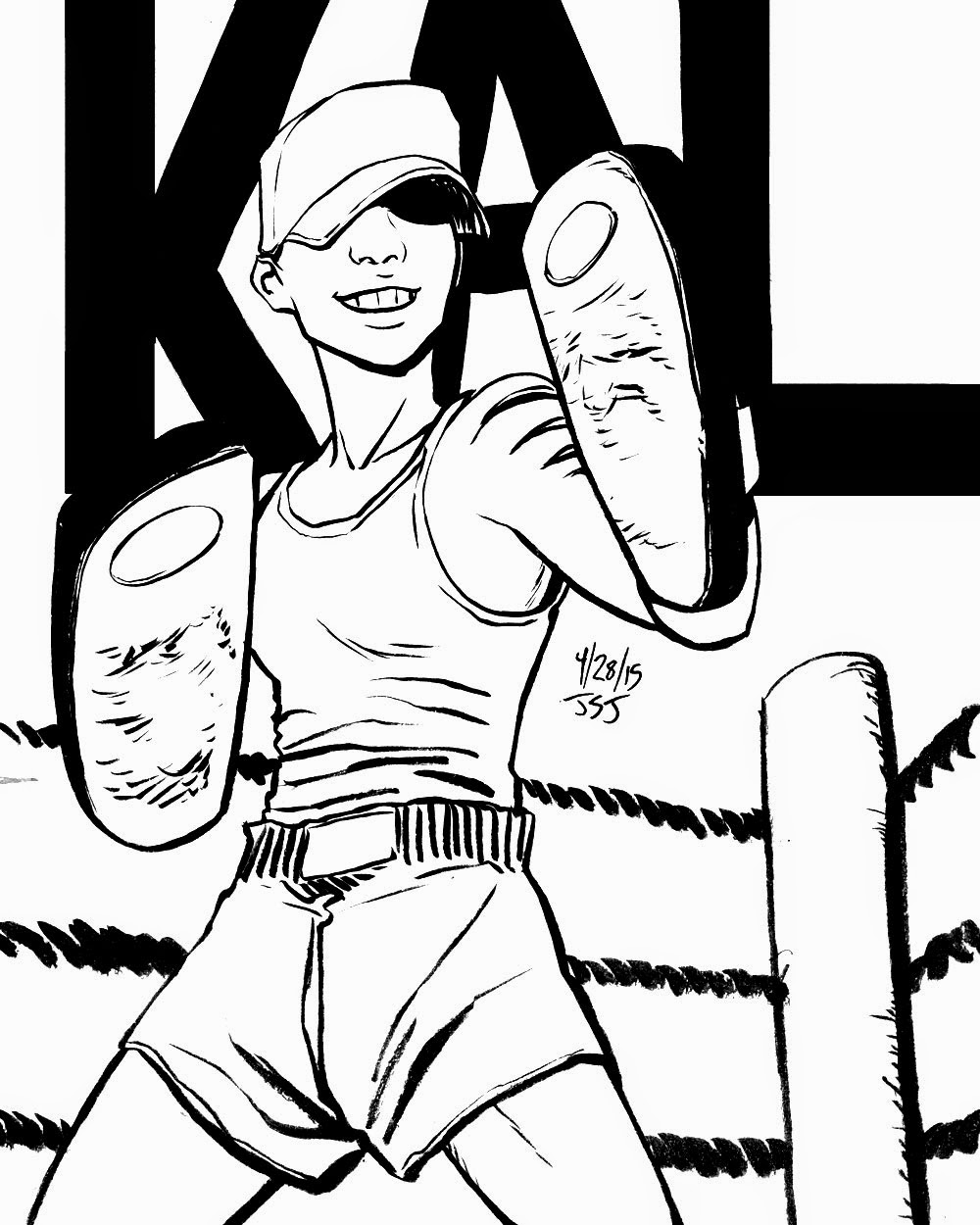 K is for Kal, the A-Z character thingy goes on. I'm still having fun so that's good.

Kalypso is a Dominican woman who has led a hard life. She found herself learning Muay Thai to defend herself, but soon became enamored with the art. After leaving her home and her troubles behind, she and her lover started their own Muay Thai gym where she teaches others, men and women, how to defend themselves and to push themselves further than before. Kal is a tough woman and is a fighter who has earned the tiger stripe tattoos on her back and arms.

These drawings of characters who haven't been drawn in comics yet are so much fun. I haven't yet started the drawings for this story, so a lot of the character designs are sort of floating around in my head. Drawing them like this makes them more solid and I can now better imagine her in the story. I hope you'll enjoy it when I draw it!