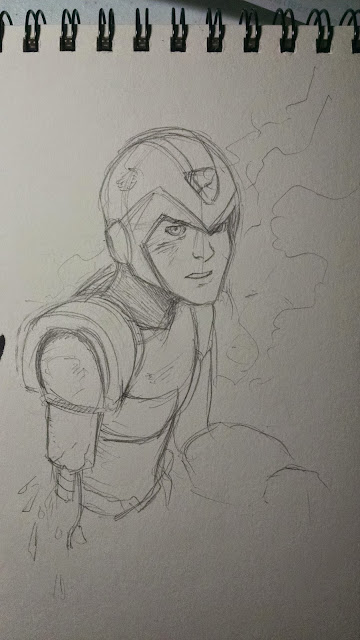 "I guess I'm not powerful enough to defeat him."

Megaman X because I couldn't sleep so I may as well draw a scene from one of my favorite games but with a little of that patented Jorge style depression. In the first stage of Megaman X, he runs up against Vile, a much stronger robot who is in a ride mech with huge fists and it's a fight you literally cannot win. He beats you to submission and then traps you, and of course, in the game, they can't show things like X's arm being knocked off or dents and all that. But if I was drawing that scene in a comic, after Zero rescues X, this would be that panel.
Posted by Jorge Santiago Jr, at 8:50 AM