M is for Marie 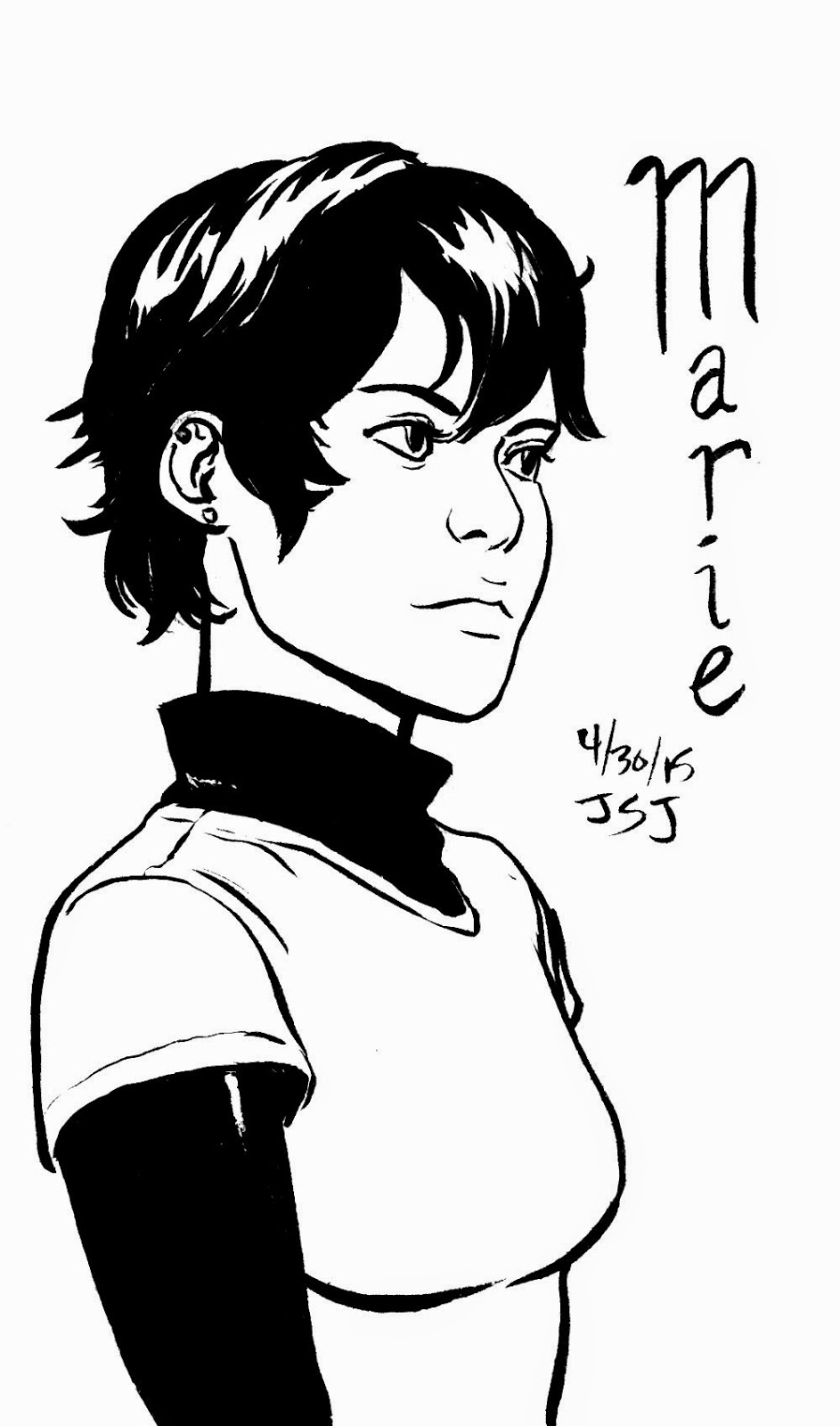 M is for Marie, a character from KCNO. The entire book is available online to read here: KCNO

Marie is not a character who was very popular, in fact for most of the book, people tended to dislike her because she had ideas that ran against the other characters of the comic. I think characters like Marie are ESSENTIAL to storytelling. To create characters the audience can disagree with, that is important to creating a world that feels real. Too often I'll read a comic, or watch a movie, or see a tv show where characters are all in agreement, or it's a character who is so unlikable that you hate them, but either of those can be boring. Like, SUPER boring! Character's should feel like people, not motivations, or cut outs or NPCs in a video game. A good character, whether you agree with them or not, is a character you want to see become better, no matter what they do or who they hurt, and Marie does hurt some people in KCNO. But I find that most people, after they read the book, like Marie a lot because she does become a better person. She's one of the more dynamic characters in the story in that she makes amends for being a jerk and she ends up happy. I don't think I knew what I was doing when I created her, but I think now I understand why a character like her is so important to good drama.