I'm joining the anthology "Jump Tales" for a one shot!

Hey everyone, it's been a busy month and just as one Kickstarter I worked on has finished, another one is coming up in a few days! This KS is for a black and white comics anthology inspired by Shonen manga magazines like Shonen Jump, called Jump Tales! The Kickstarter is coming up, and you can pledge to receive 3 issues of this magazine, with 4 ongoing stories and a single one shot per issue. My one shot will be in issue 3, and it's called Illarys! I'll be joining a group of very talented comic artists and writers, so I hope you'll support the Kickstarter!

Illarys is my first real attempt at a high fantasy story! I've been neck deep in fantasy novels, Dungeons and Dragons, Elder Scrolls, the Witcher, and more since the pandemic, and I'm excited to share my own fantasy world that should be fun for people who are fans of the aforementioned properties!

Illarys is a young half-elven girl in a cold land with an even colder regime. Her father attempts to flee their home nation to reunite with his elven wife, but their trip does not go as planned. It is up to Illarys to safely escort her younger brother across the lands as they are pursued by bounty hunters and other magical dangers!

Here is the promo image for Illarys, both in color and in black and white! 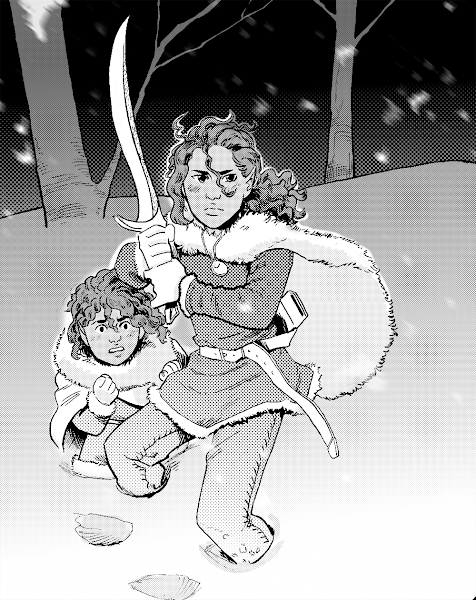 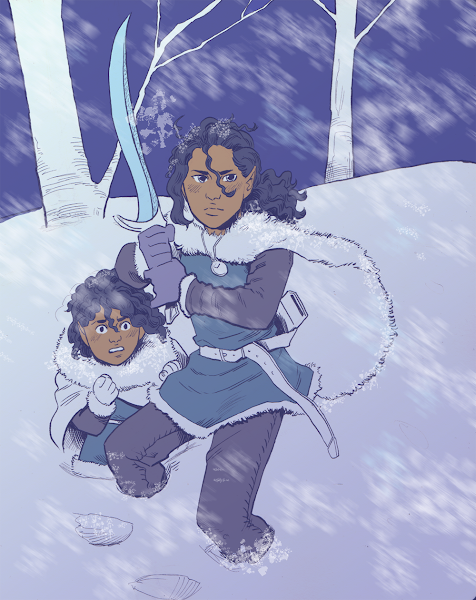