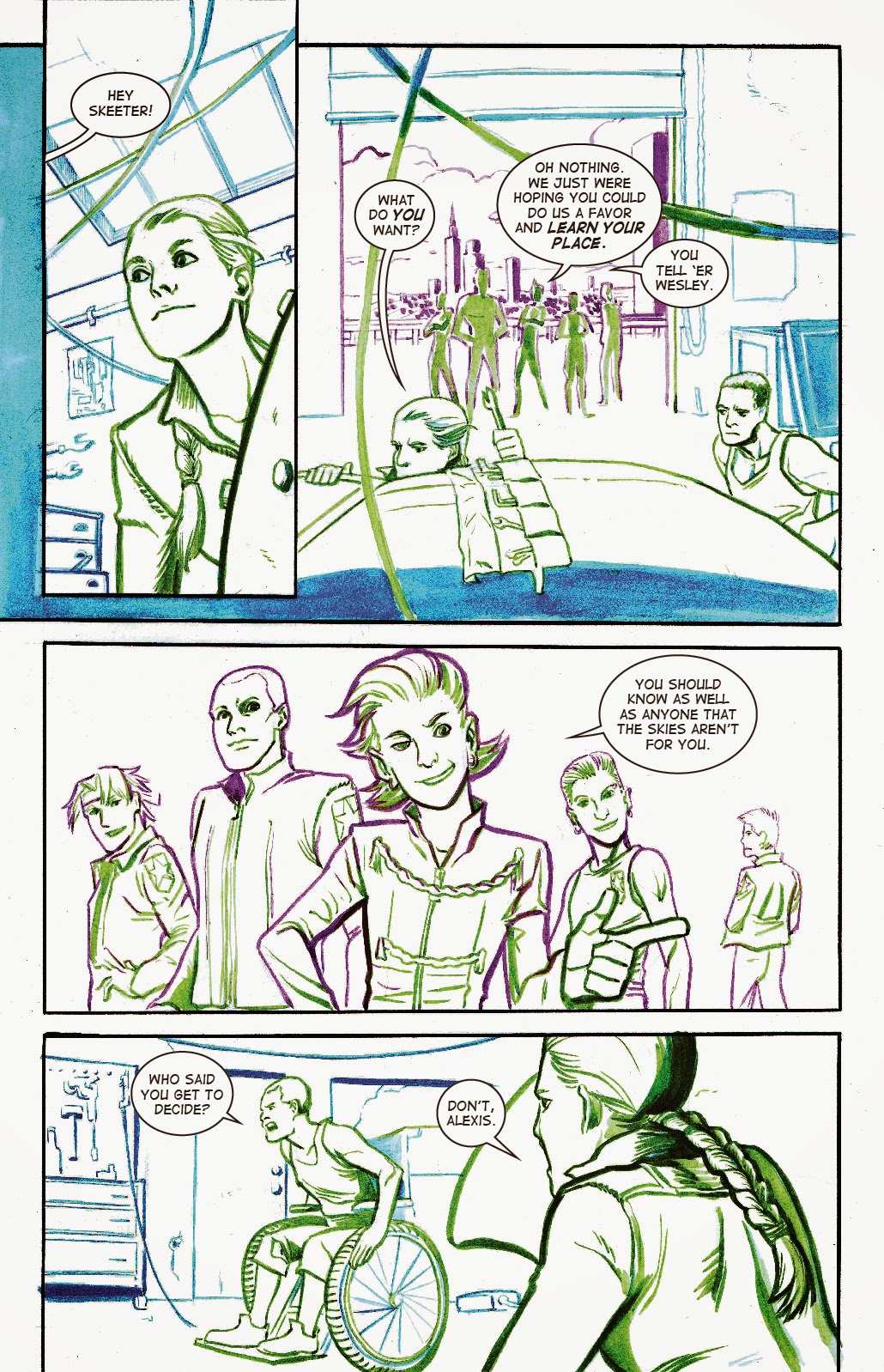 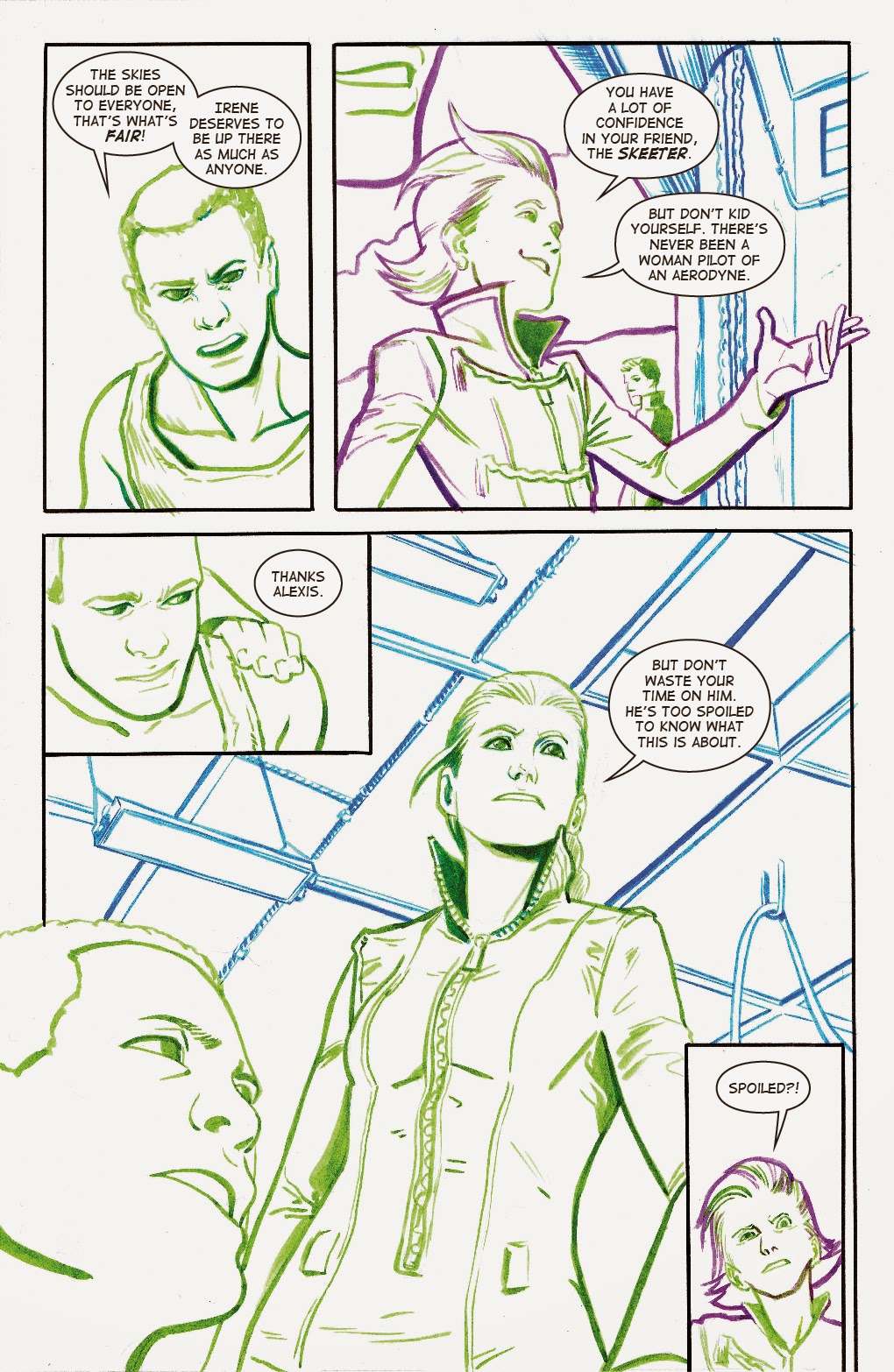 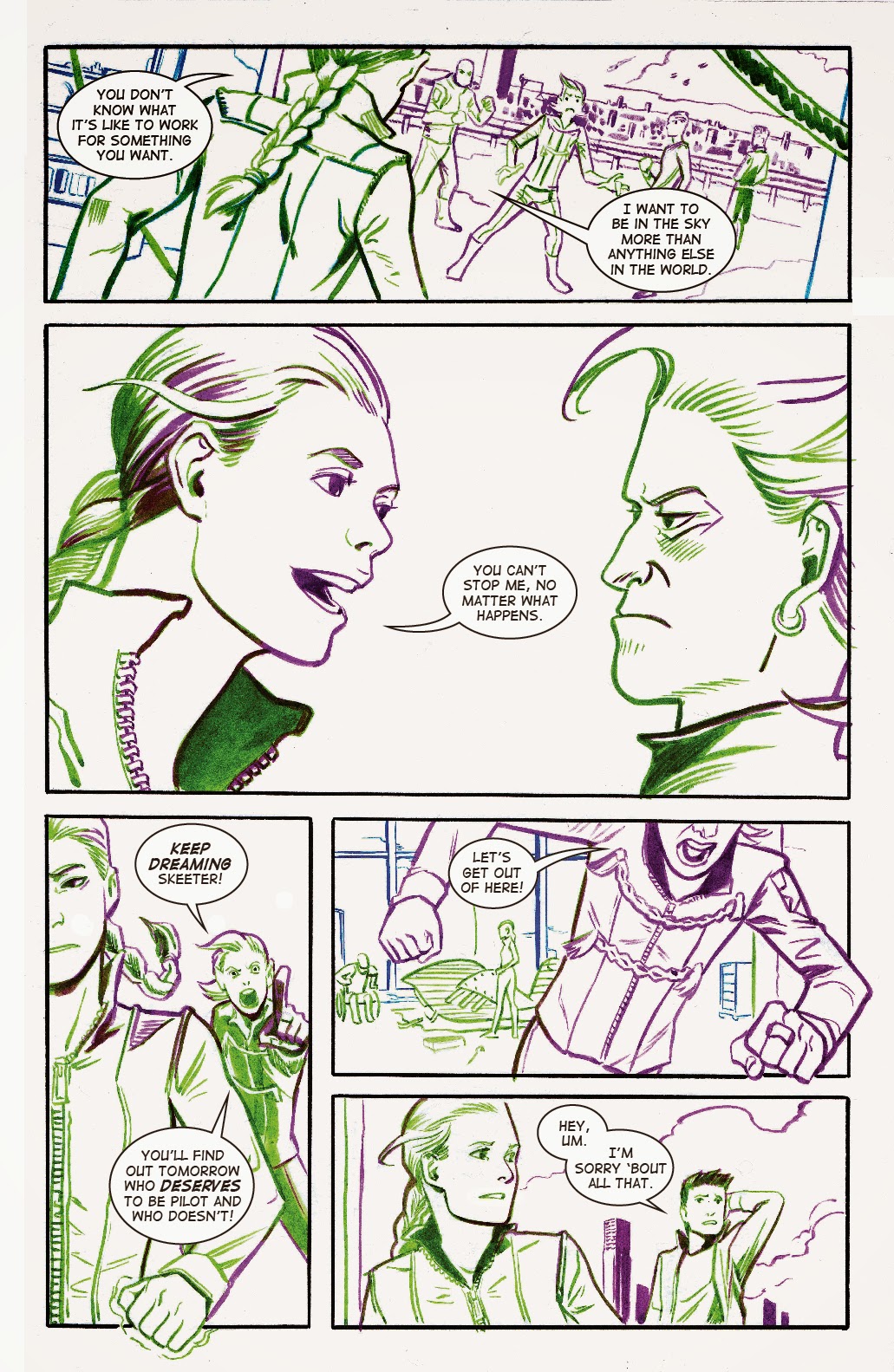 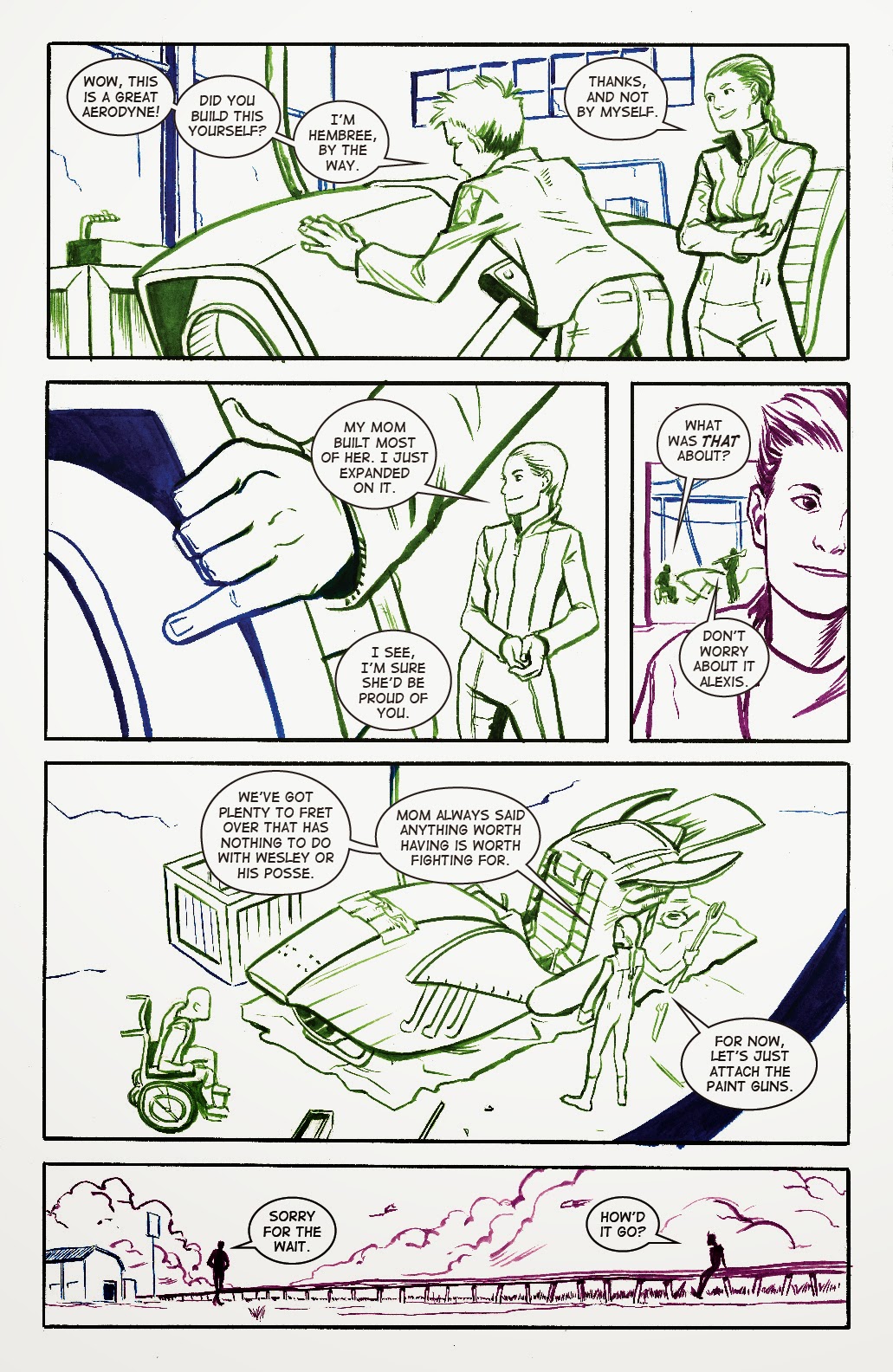 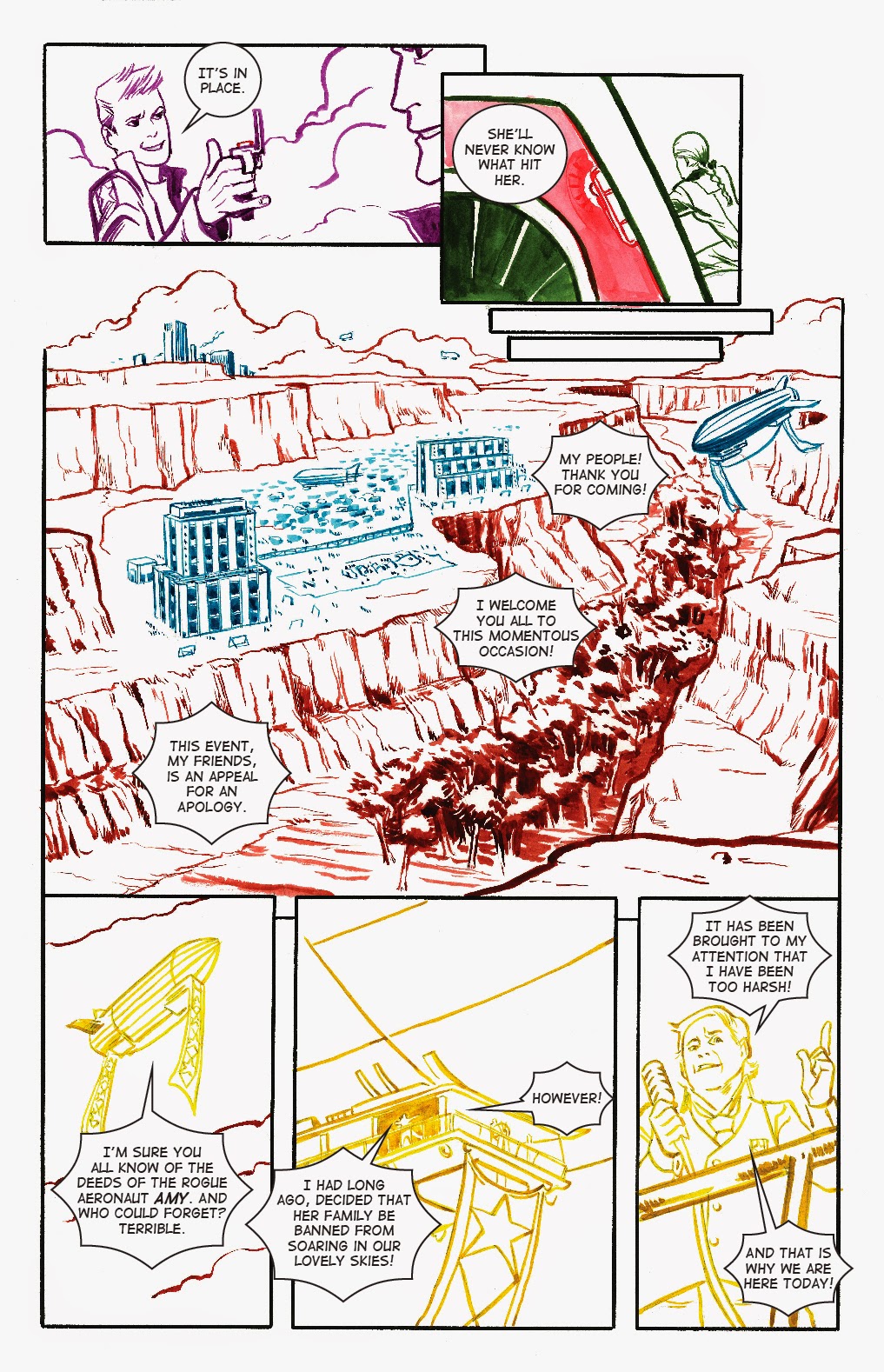 Here are the first five pages of Wings of Irene, a comic I drew 4 months ago. I was hiding it for an anthology, but they've stopped answering my emails so I guess they don't want it and I never signed a contract for Wings so it's mine to do what I will.

So I love Last Days of American Crime. So much so that my first copy has gone missing in the house somewhere and I bought another copy. I saw another one the other day and nearly bought it again as a back up. The art by Greg Tocchini has been a huuuuge inspiration to me since I first read this book almost 4 years ago. What I didn't realize then that I know now is that he inked the book beautifully in colored inks, or watercolors. I'm not sure of the media exactly but to me this blew my mind. So of course, I wanted to try it myself. This is the result and wow is it mixed. I love the colors, I inked with FW acrylic inks, but my thought process isn't used to color, and I went too big with this one. If I was going to do this I should have chosen a fixed place comic and not one with scene changes and fast vehicles and all that. But yeah. Wings of Irene.

I'll have this book for sale at FLUKE in Athens Georgia this weekend, and probably every convention after until I think it looks so bad that I sell them for a dollar. Books on that list right now are Calla of the Sea and the Trials of Nobody. Anyhow, story wise, Irene is a girl who wants to fly more than anything, but is unfairly kept from it by a sexist regent who wants to punish her for the deeds of her mother. This story shows Irene going head to head with a hydra of jerks who all think they're better than she is. You should see how that turns out!