Wings of Irene, a few pages of pencils 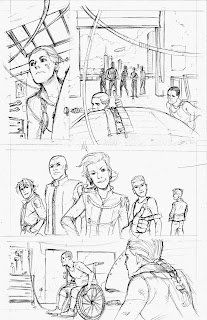 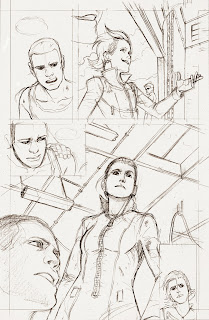 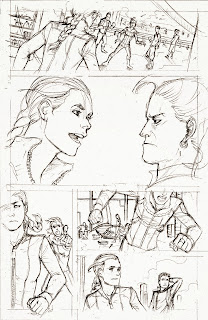 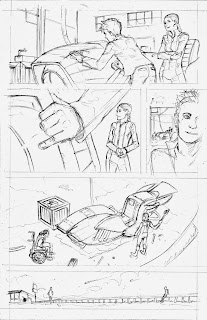 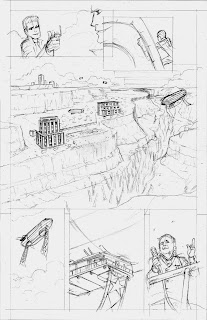 This update is mainly so this site does not look abandoned. I have been working nonstop I swear, but I've also not been able to scan and show a ton of the work I'm doing. Like these pages, I did them at least a month ago. I'm already inking these, and I'm further along.

These pages are my experiment in doing more simple pencils to save time. I work far too long on pencils when I know I'm going to ink them, and I could save effort by leaving some things up to the inks. As I'm inking this, I'm having a ton of fun actually drawing with the brush instead of just going over my lines. Also, I'm doing another experiment with these pages: 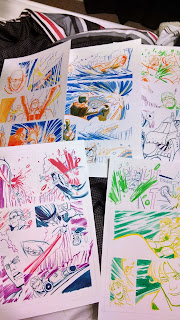 I LOVE Greg Tocchini, especially his work on Last Days of American Crime. It's a fantastic book, and he inked that with colored inks, using the inks to add to the scene that he also colors. So of course I wanted to try it, and I'm doing it horribly for sure, but it's been a ton of fun to play around with. This isn't something I'll probably stick to, but it really has made inking a more varied and fun step.

I promise to post more as I get closer to completion, so stay tuned to the big experiment that is "Jorge trying new things, sure to fail, but sure to learn a ton."
Posted by Jorge Santiago Jr, at 12:00 PM